Falconry Friday: Rabbitat! - A Closer Look at the Sagebrush Sea

Growing up in the household of a wildlife biologist entailed moving somewhere new every few years but, as fun as these adventures were, we always had a strong desire to get back to the mountain west.  We apparently succeeded in that we've lived on the backside of a rather well-known ski hill for the past 20 years.  An unexpected thing happened on the way though: we spend vastly more time in the sage than in the mountains.  Much to the chagrin of my youngest daughter, the Sagebrush Sea is far and away my favorite ecosystem. 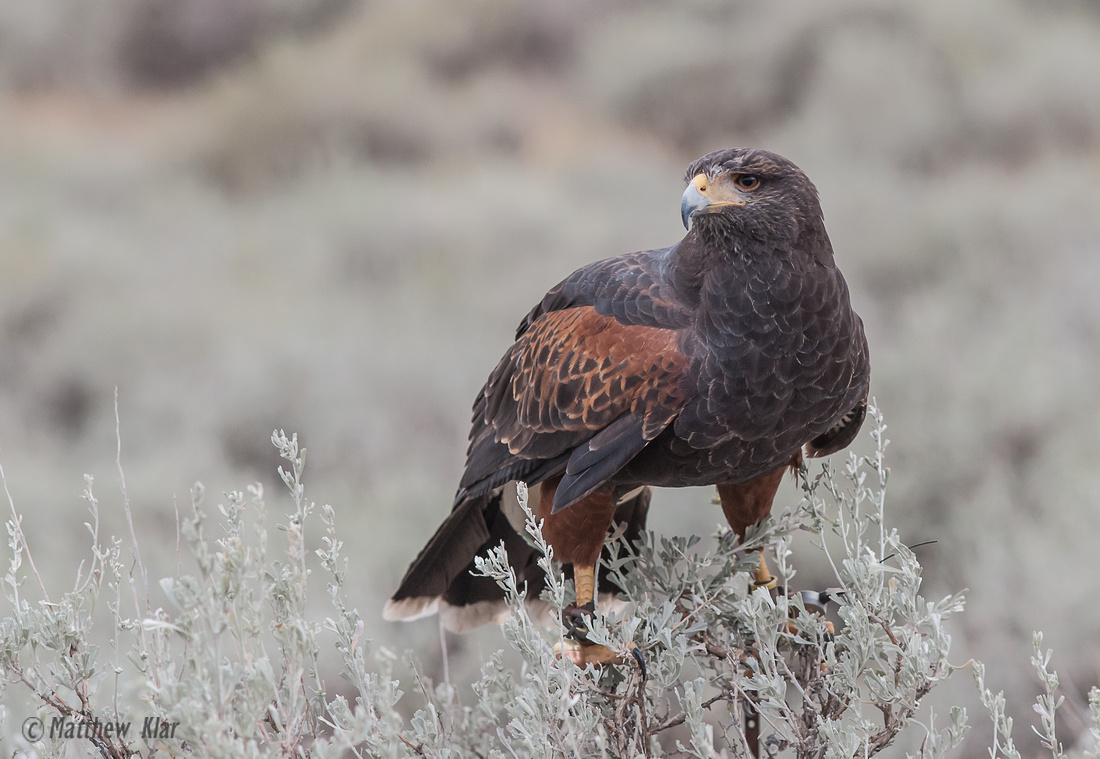 The Sagebrush Sea, or more formally, the Sagebrush Steppe, is a 250,000-square-mile high-elevation grassland stretching from Alberta Canada to Baja Mexico. It is a land of extremes: too dry for trees to grow, always windy, and with annual temperature variations of 150*F.  It is home to more than 400 species of plants and 250 species of animals, including 27 (27!) different raptor species. 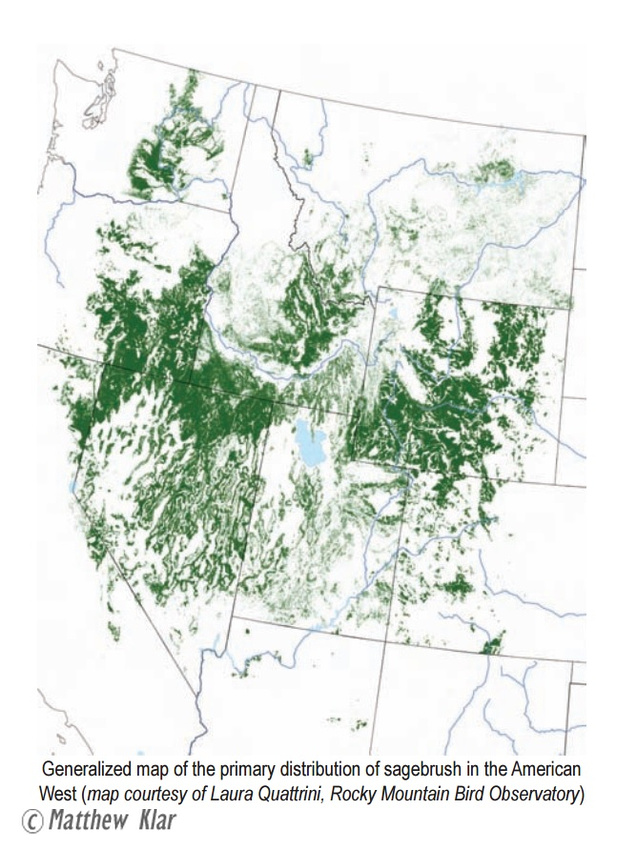 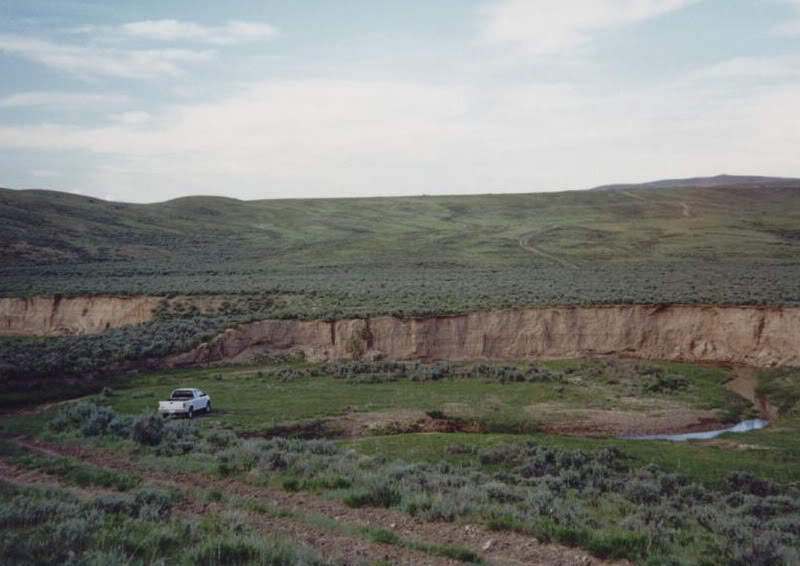 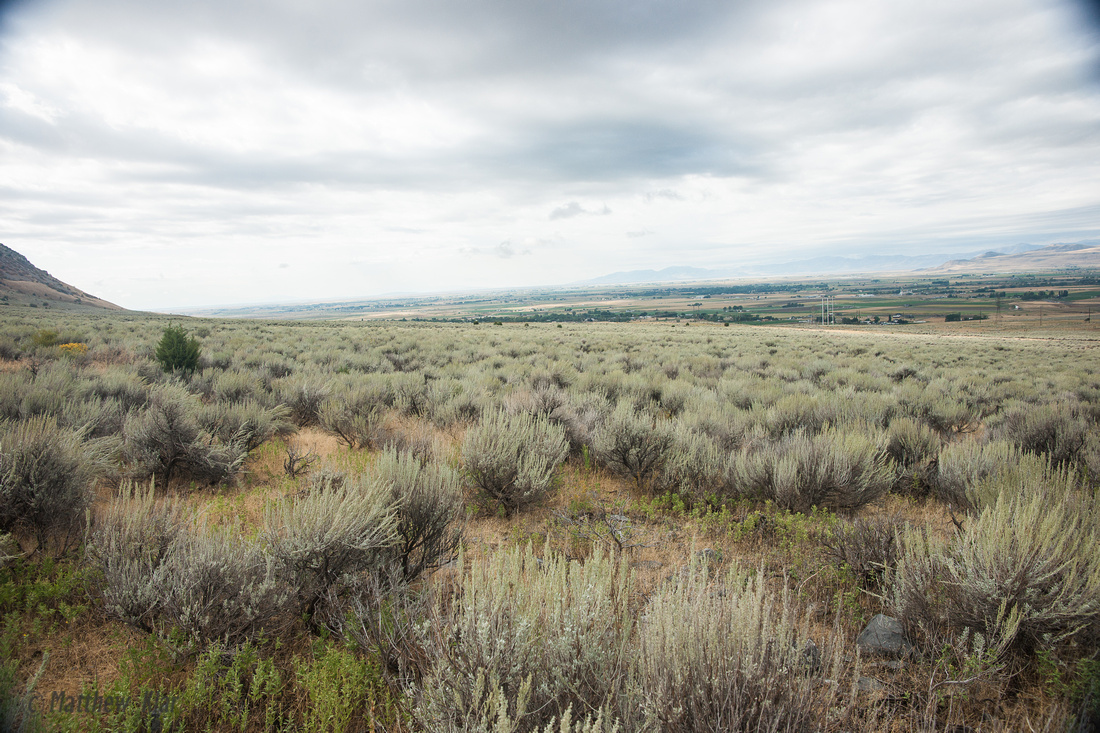 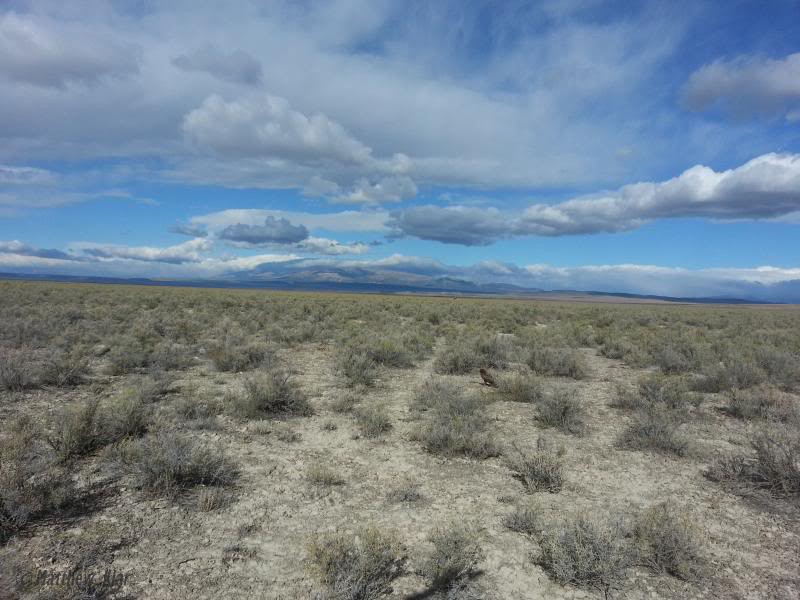 This diverse landscape is anchored, and dependent on, just two dominant life forms:  its cryptobiotic soil crust and its Sage.

The cryptobiotic soil crust is a living surface layer composed of cyanobacteria (particularly Microcolues sp.), green and brown algae, mosses, lichen, fungi, and bacteria. Together, they form a surface crust that traps moisture, dissuades invasive plant species, and protects the soil underneath from wind and water erosion.  Biologically, the crust can remain dormant for many years in dry conditions and reanimate in as little as three minutes when precipitation returns.  It also plays a vital role in fixing carbon and nitrogen that all other plants in the ecosystem depend on. Disruption of this crust has been shown to decrease nitrogen availability for sage plants by 80%.

As important as the cryptobiotic crust is, it is extremely fragile and easily disrupted - i.e., don't ever walk on it if at all possible!

Under ideal conditions, a 1-2mm layer can reform in as little as 5-20 years but a mature crust can take 1,000 to 5,000 years to fully regenerate.   It's estimated that the Sagebrush Sea has decreased in size by 50% in the past 50 years, primarily due disruption of this crust by oil drilling and livestock grazing. Once the base soil layer is exposed, erosion and invasive plants like cheatgrass take over, making the sea just a little smaller with each insult... 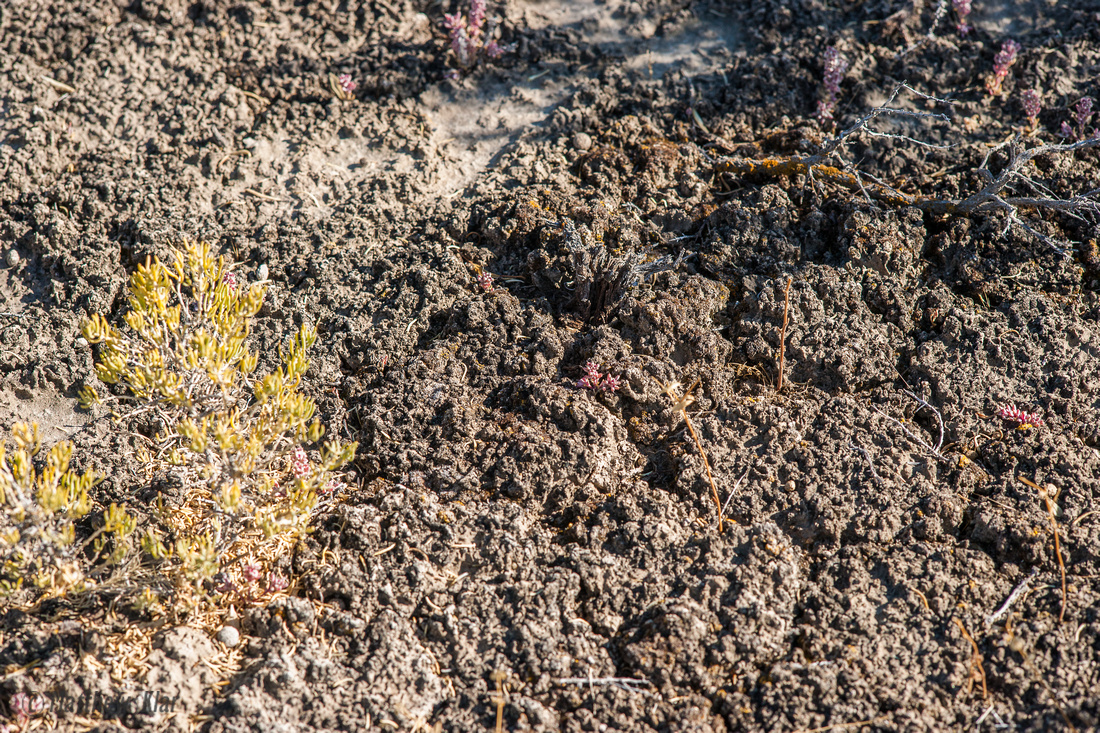 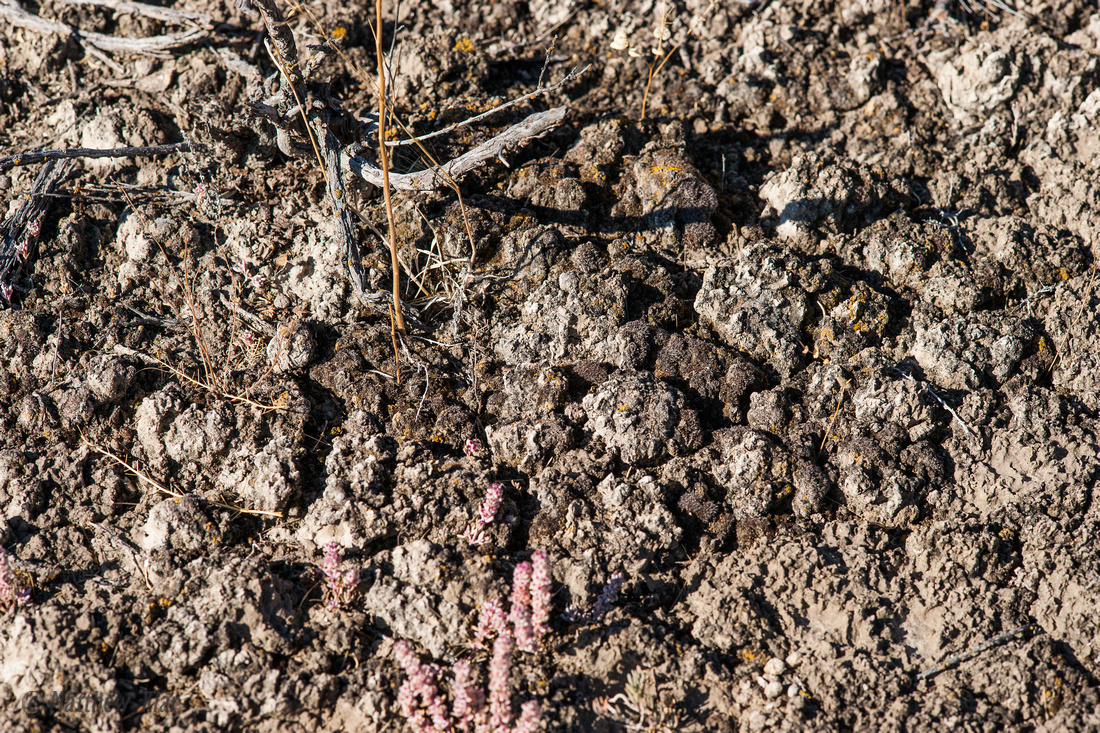 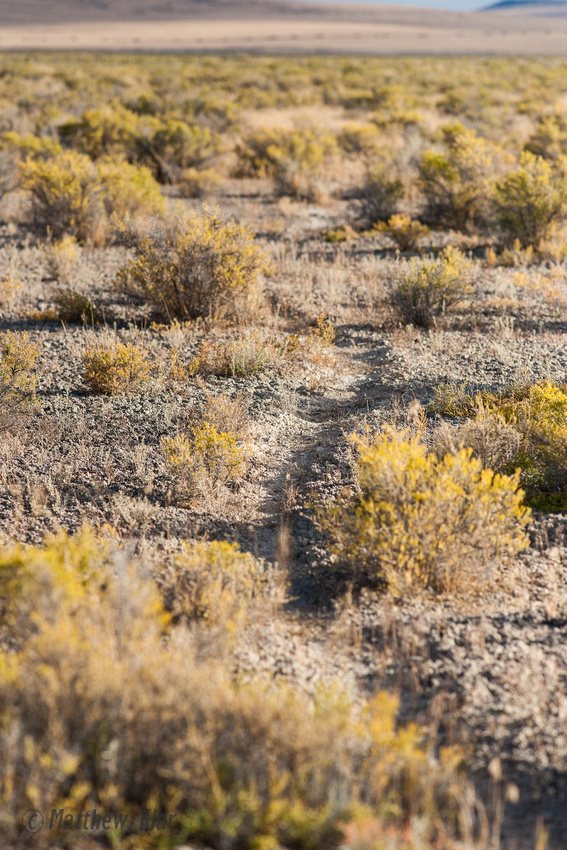 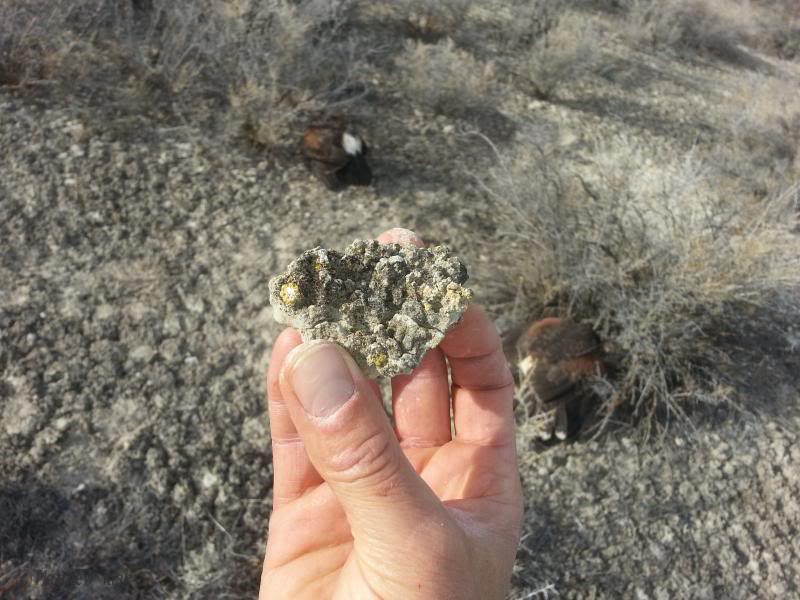 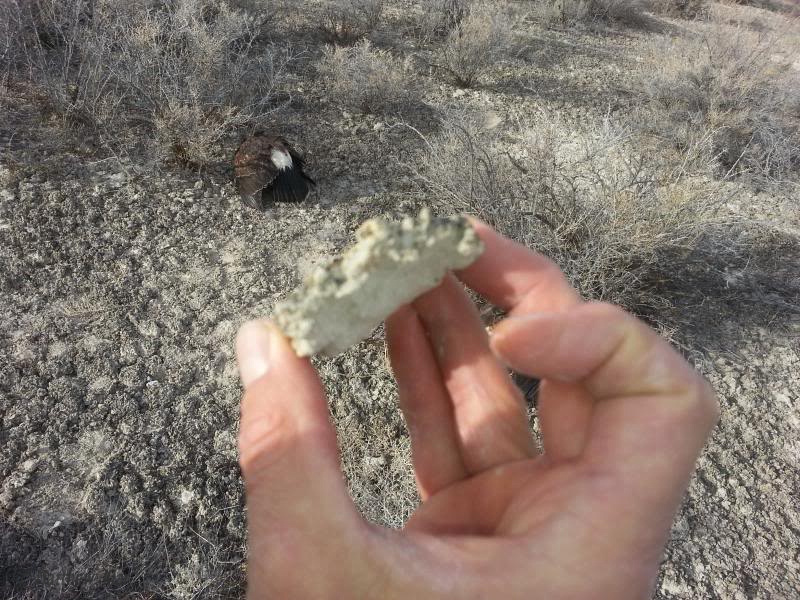 Sagebrush (Artemisia sp.) is of course the dominant plant on the steppe and is a member of the Sunflower family (Asteraceae).  Who knew?

Depending on who you ask, there are between 20 and 30 subspecies of sage with the Big Sage or Great Basin Sage (A. tridentata) predominating.  This sage species can range from one foot to 10 feet tall and is unique in that it has both deciduous (seasonal) and evergreen leaves.  The deciduous leaves grow in the springtime when water is more abundant to support the growth of flowers and seeds before being shed in the fall.  The evergreen leaves then take over and allow the sage plant to grow even through the harsh winter.

The volatile terpenoid compounds that give sage its distinctive odor can serve both as a protectant to dissuade grazers as well as an attractant to draw them in, depending on the time of year. (Great Basin sage produces  Coumarin  after seed production as an attractant).

Fun fact:  Sage plants can sense an increase in volatile compounds from crushed leaves in the air from up to 5 feet away and instantly increase their own production in response to the perceived threat! 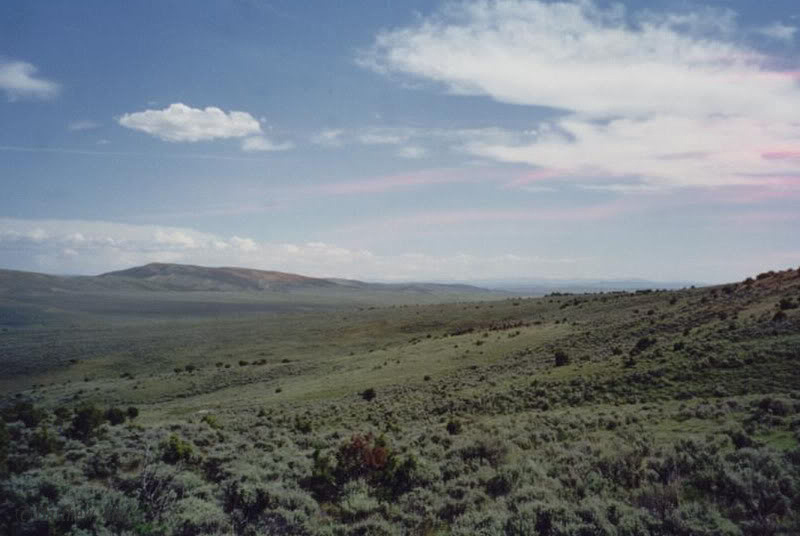 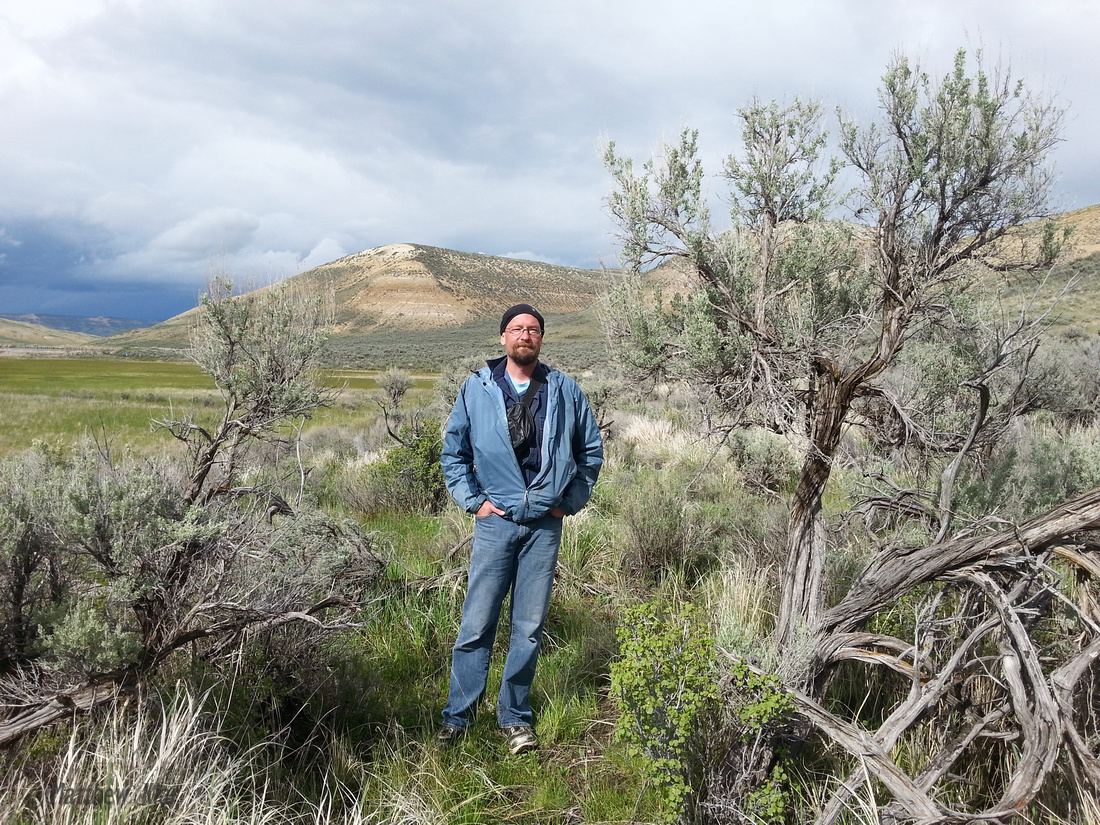 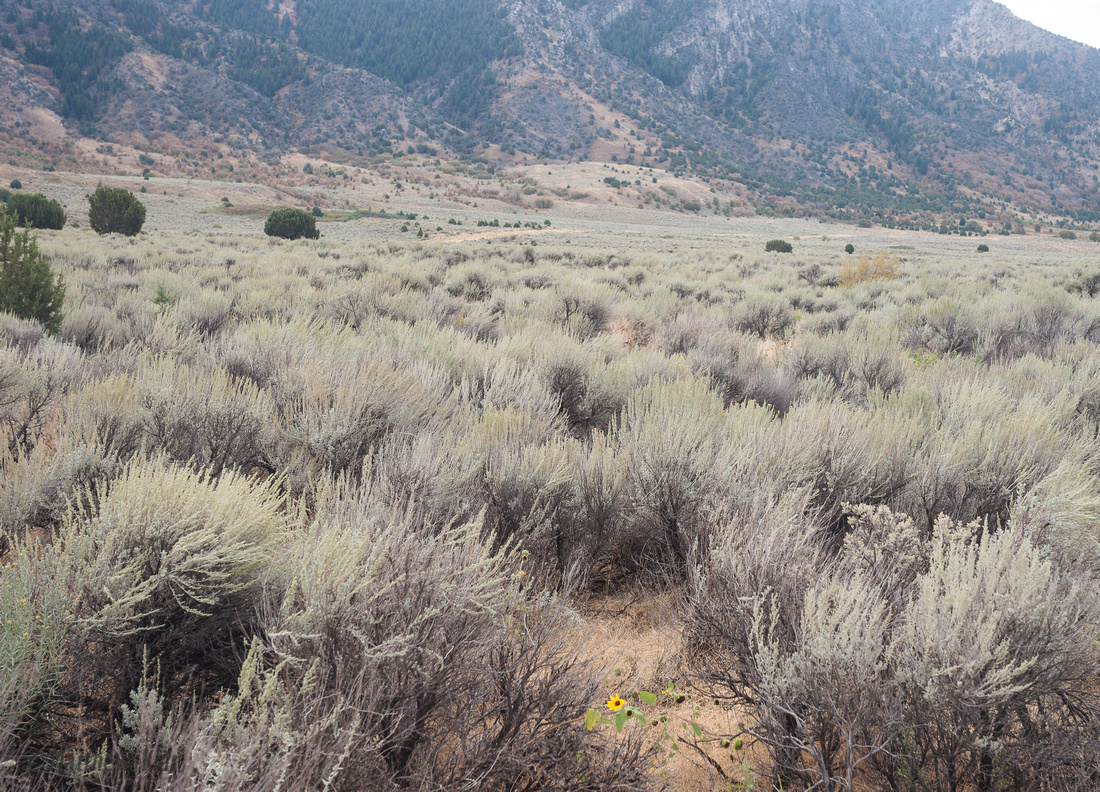 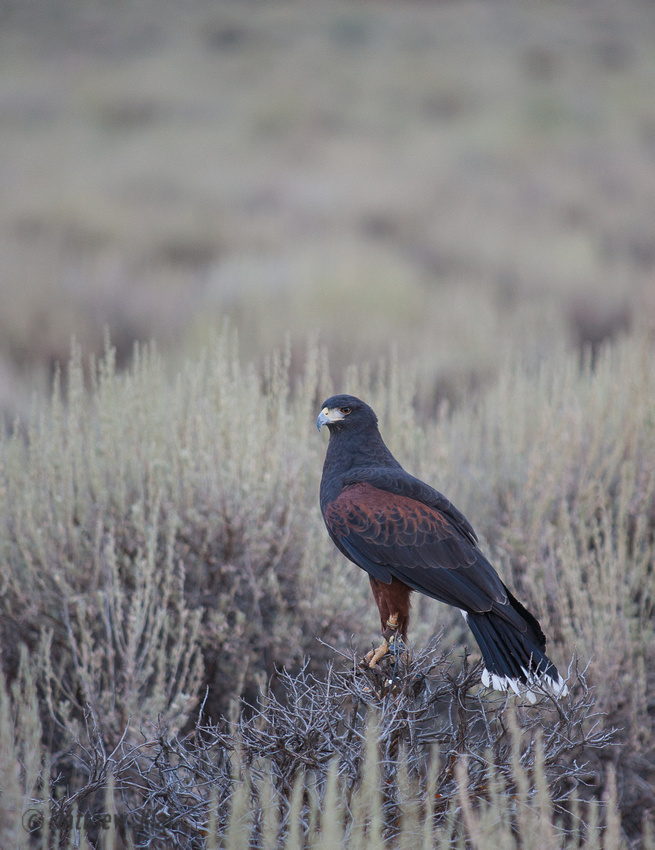 So, there be rabbits in there too?  Oh, yes!!  Both Black-tailed and White-tailed jackrabbits as well as Cottontails in the draws where runoff is common.

It's not all scorpions, rattlesnakes, and Jerusalem crickets! 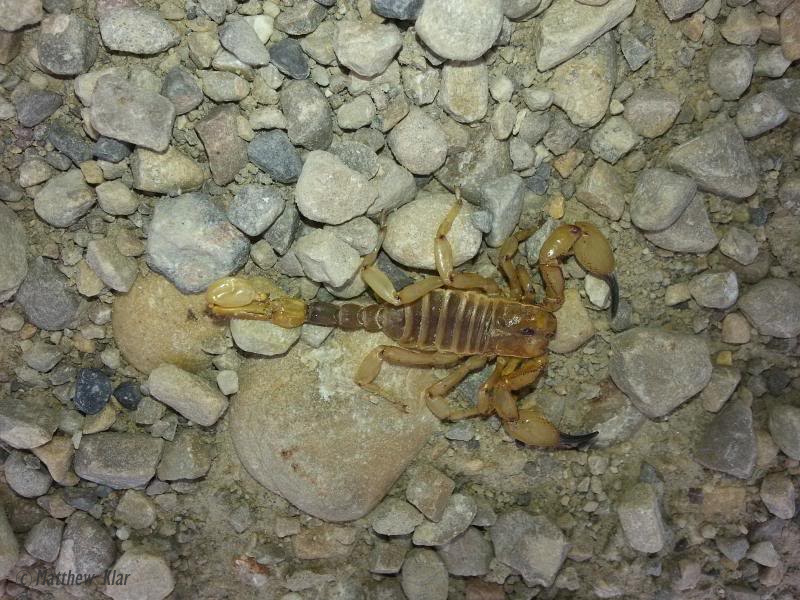 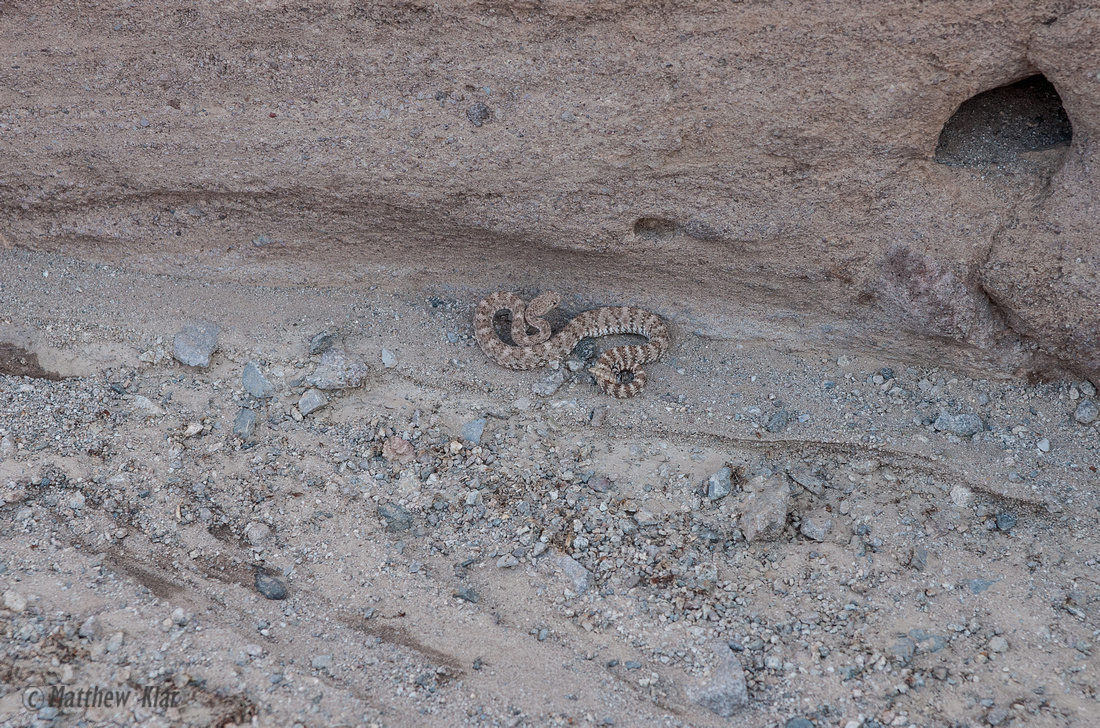 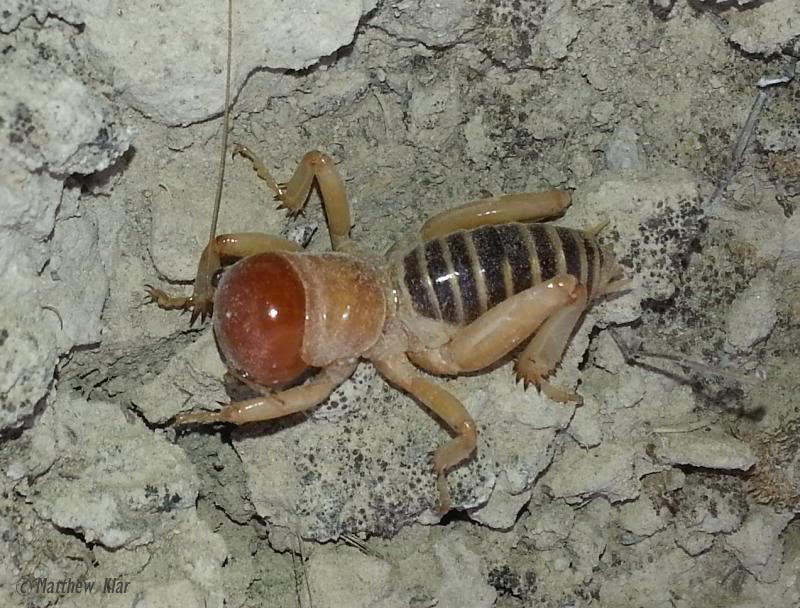 In fact, rabbits are so ubiquitous in the ecosystem that their trail networks are used by everyone else moving through.  These trails are etched, often very deeply, into the soil between cryptobiotic layers.  Rabbits will duck off the trail under a sagebrush for aerial protection but they will rarely leave the trail system while on the move.  Raptors following a running rabbit in this habitat resemble the helicopter view of a high speed car chase -- left turn, right turn, take the upper fork at the Y, and they quickly learn to gain enough altitude to see the whole trail system rather than following low and behind. 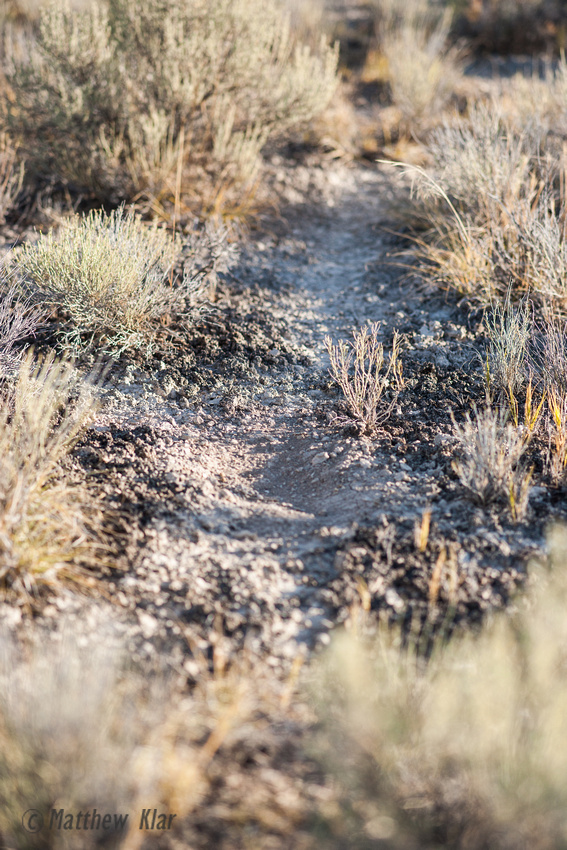 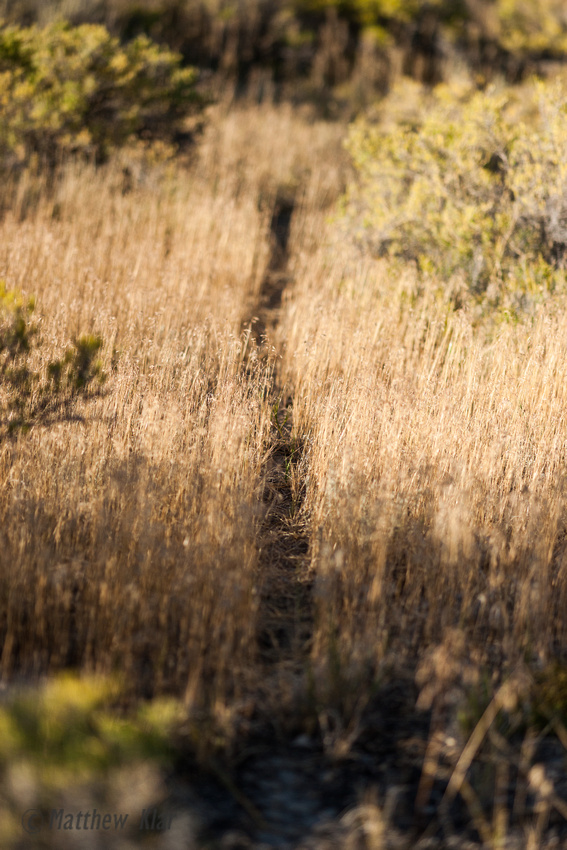 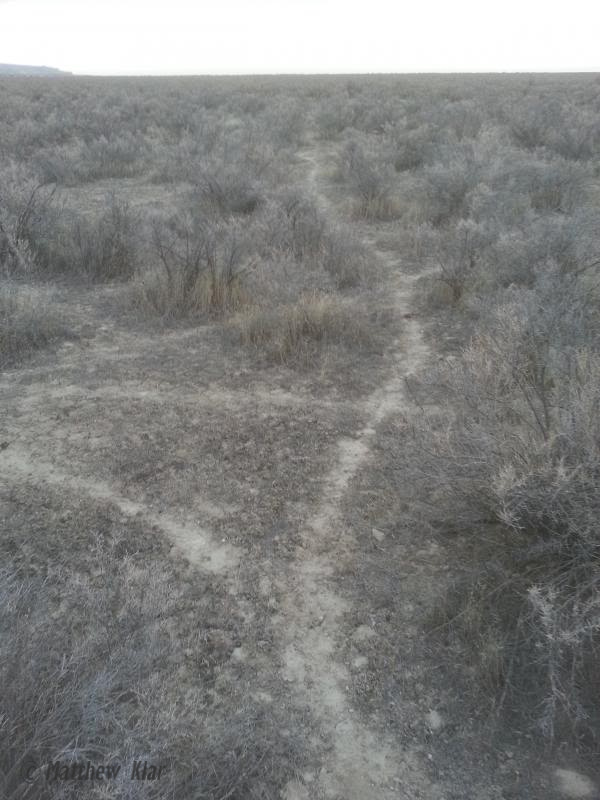 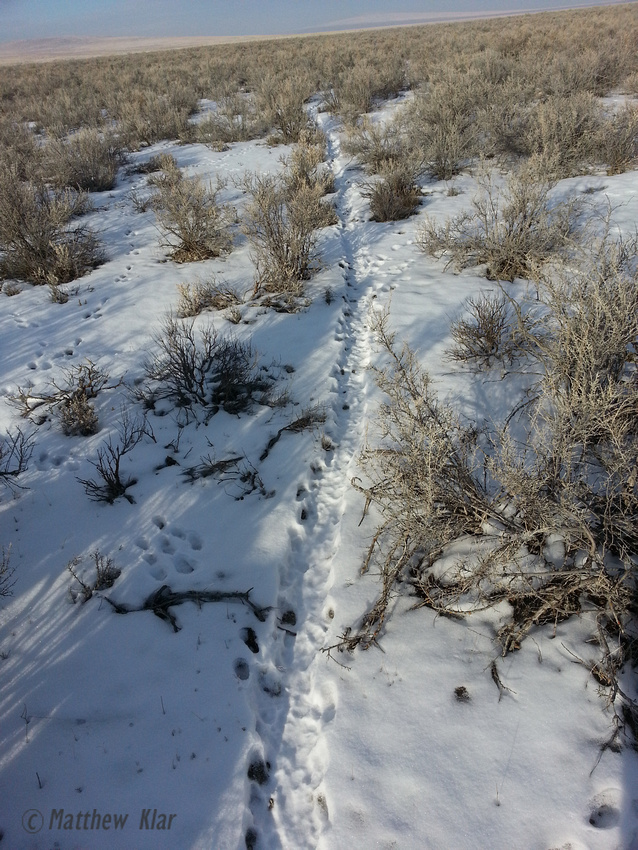 Okay!  Time to hunt, right?  The girls sure think so! 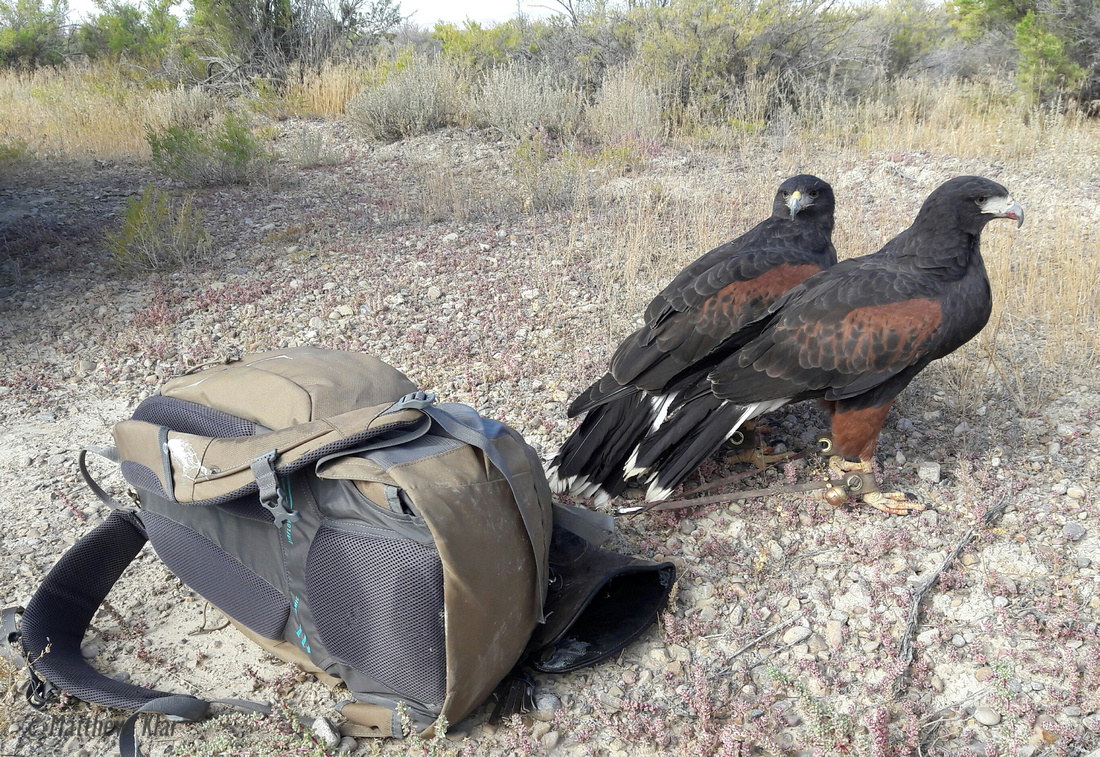 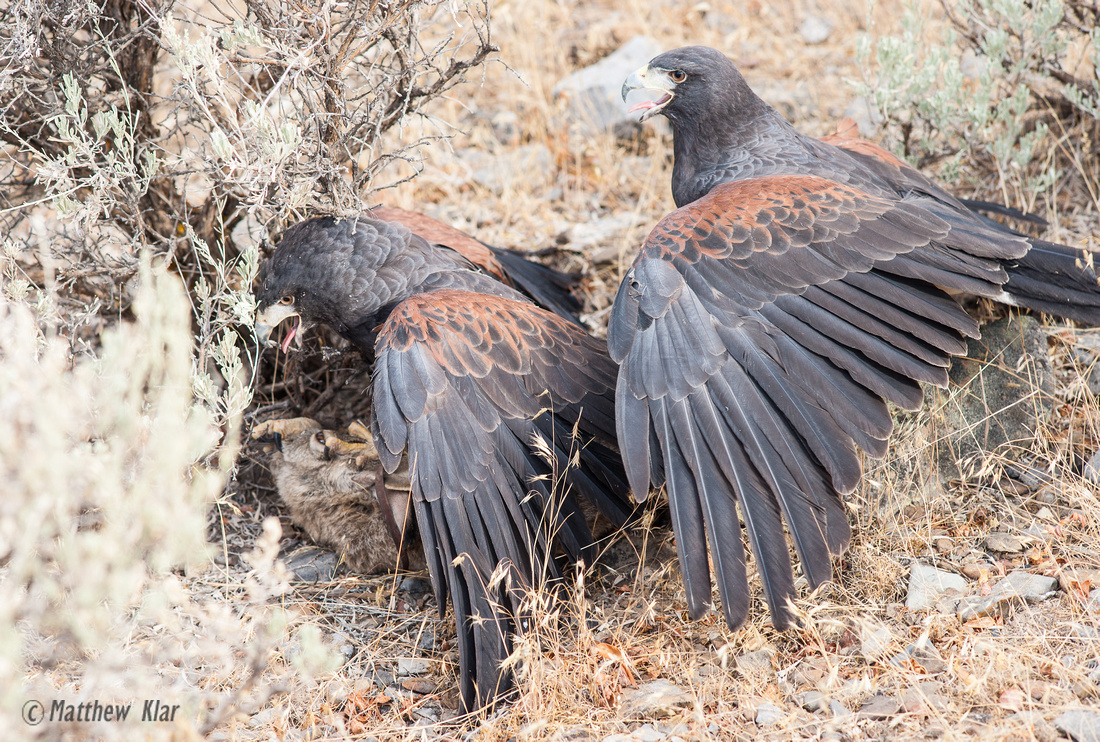 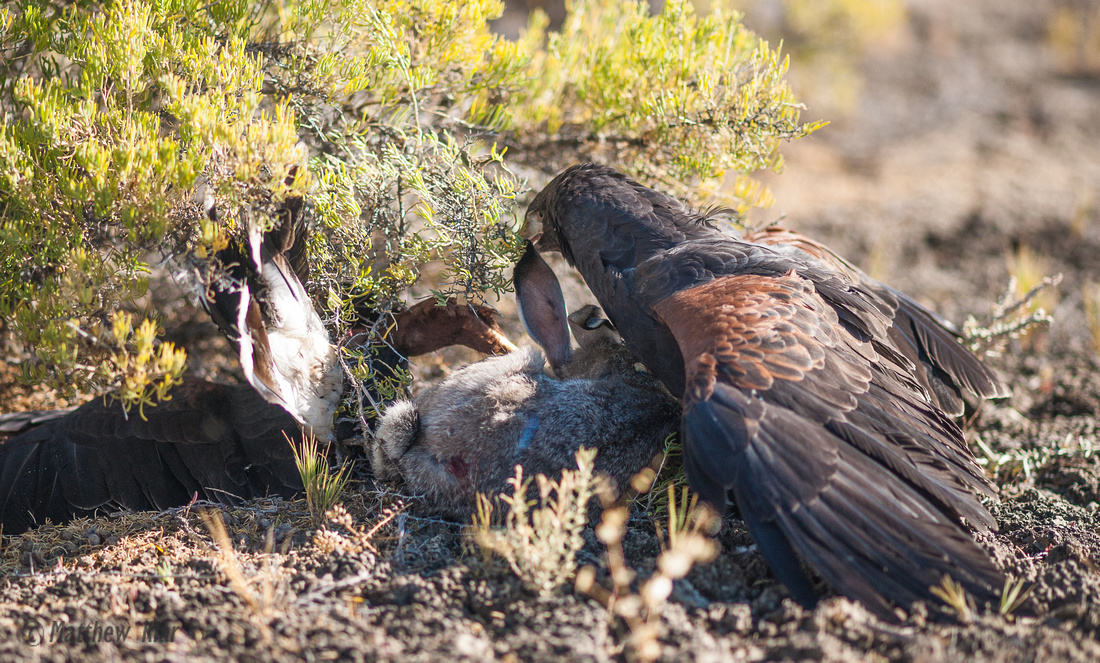 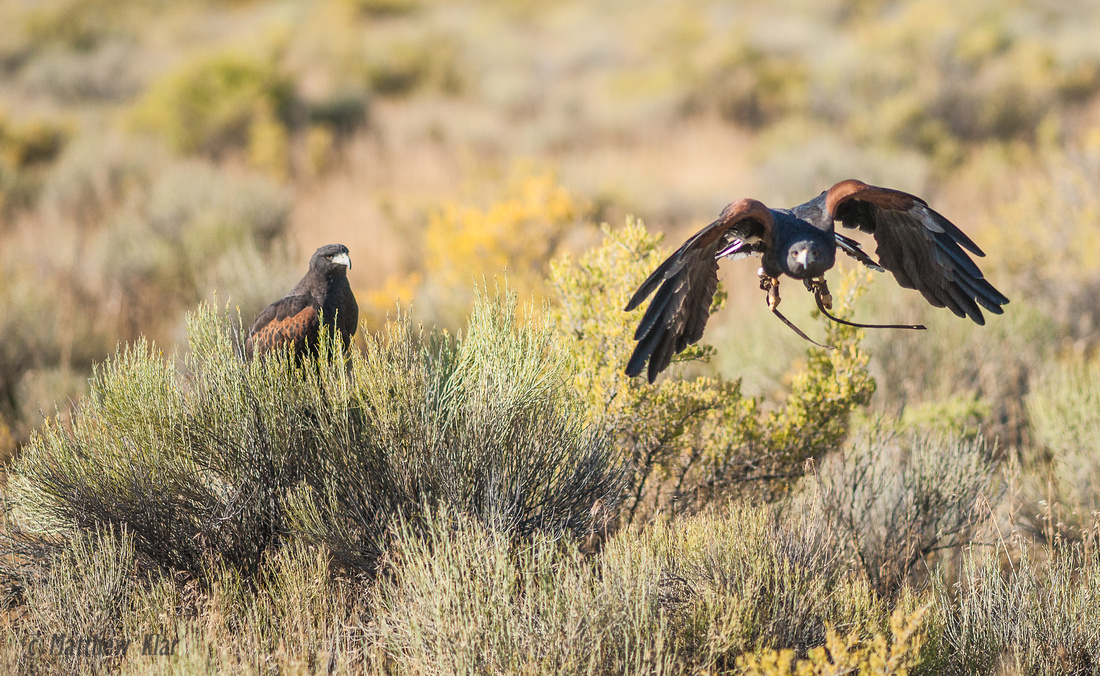