Falconry Friday! Can We Build It?

Yes we can!  (You may have to have had kids within the last 20 years to get that one!)

The Harris' Hawks are well into their season now, with 33 rabbits in the freezer. We'll check in with them later, but for now let's continue to fill out some of the behind-the-scenes aspects of falconry we glossed over earlier.

Later on, we'll devote a whole post to the things that are actually attached to the birds but today we'll focus on housing and its associated accessories. 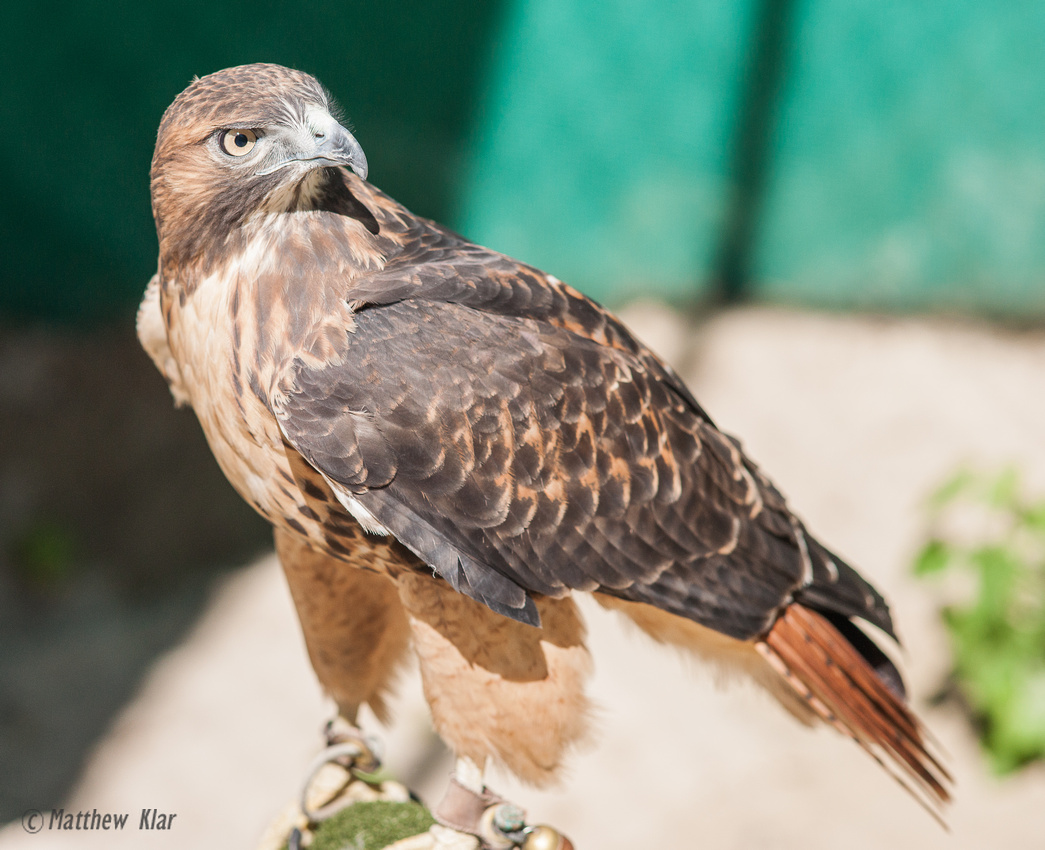 A refresher on the Federal and State-mandated minimums:

-An indoor mew or covered outdoor weathering yard, or both

-One bath pan, at least six inches deep and as wide as the bird is tall

-One swivel and leash suitable for falconry

-One pair of Aylmeri jesses or material to make them

-One perch of suitable design

-One scale accurate to 1.0 to 5.0 grams, dependent on the size of the raptor

Looking at this list, it would be easy to assume one could get into this falconry thing pretty inexpensively.  This is true, one could get started for as little as maybe $2,000 -- but it won't stay that way for long!

The first thing we'll discover is that one of everything just isn't practical -- we'll soon have a tackle box full of leashes and swivels, a stack of bath pans, 5-6 perches at $150 each, a scale in every possible location they'd be useful (I think we have six), a glove in every possible location (again, at least six), at least one radio transmitter for each bird (yep! you guessed it - six), a separate mew for each bird, etc.

Before you know it we'll be wanting an outdoor flight chamber and a dedicated hawking car and -poof! The sky's the limit... 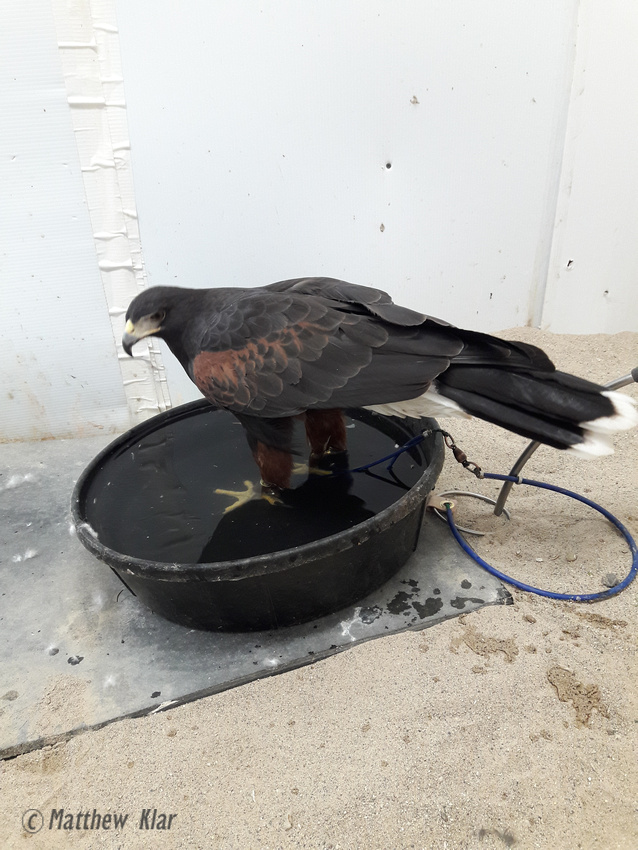 But there are nearly unlimited ways to mess up a perch and cause harm to the hawk, so I generally recommend purchasing them, at least initially.  I really like this portable model for hawks - it comes with both spikes and feet for indoor and outdoor use: 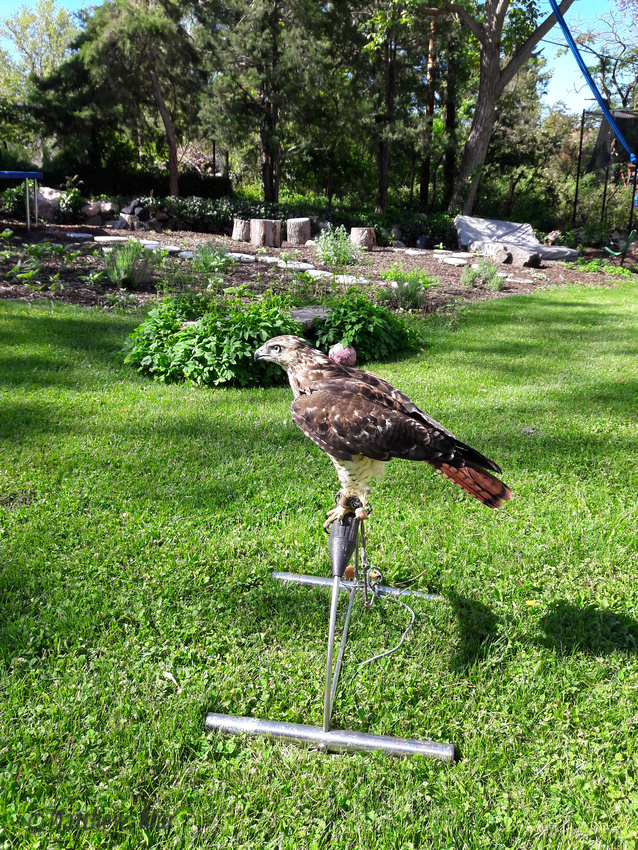 Here's a scale accurate to 0.5 grams, a tackle box full of goodies, and a pile of gloves: 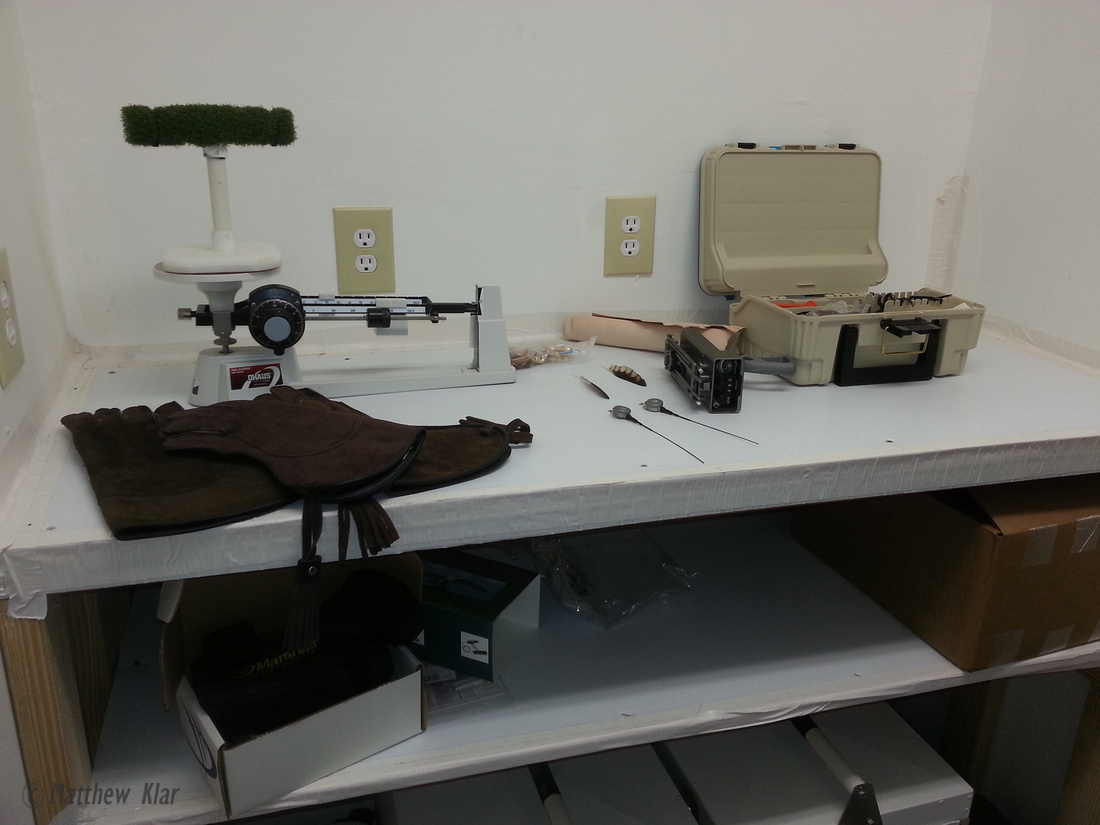 On to the mews!

The regulations devote two whole pages to required features of a mews. Here's the short version:

-sized so the bird can fly freely (if untethered) or bate (if tethered) without striking the walls, meaning:

-at least six by six feet x six feet for a Merlin, Sharpie, or Kestrel

-at least one side has a window constructed with vertical slats or bars , spaced less than the body width of the smallest bird to be kept

-non-abrasive walls that can be disinfected easily

Given these parameters, it's usually simpler to build to suit rather than trying to modify a storage shed or some such out building.

Here is a brief photo essay of the construction of our insulated, heated double mew for the Harris' Hawks: 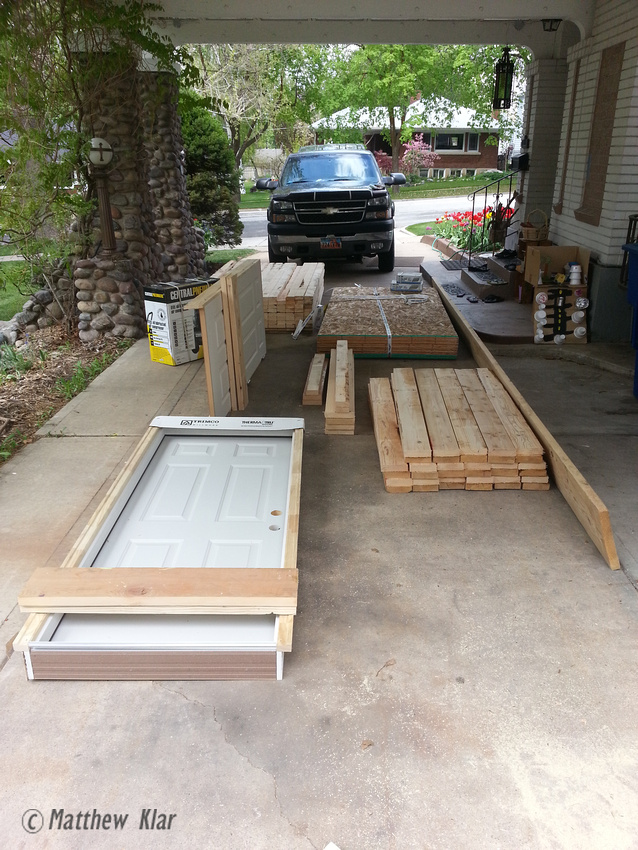 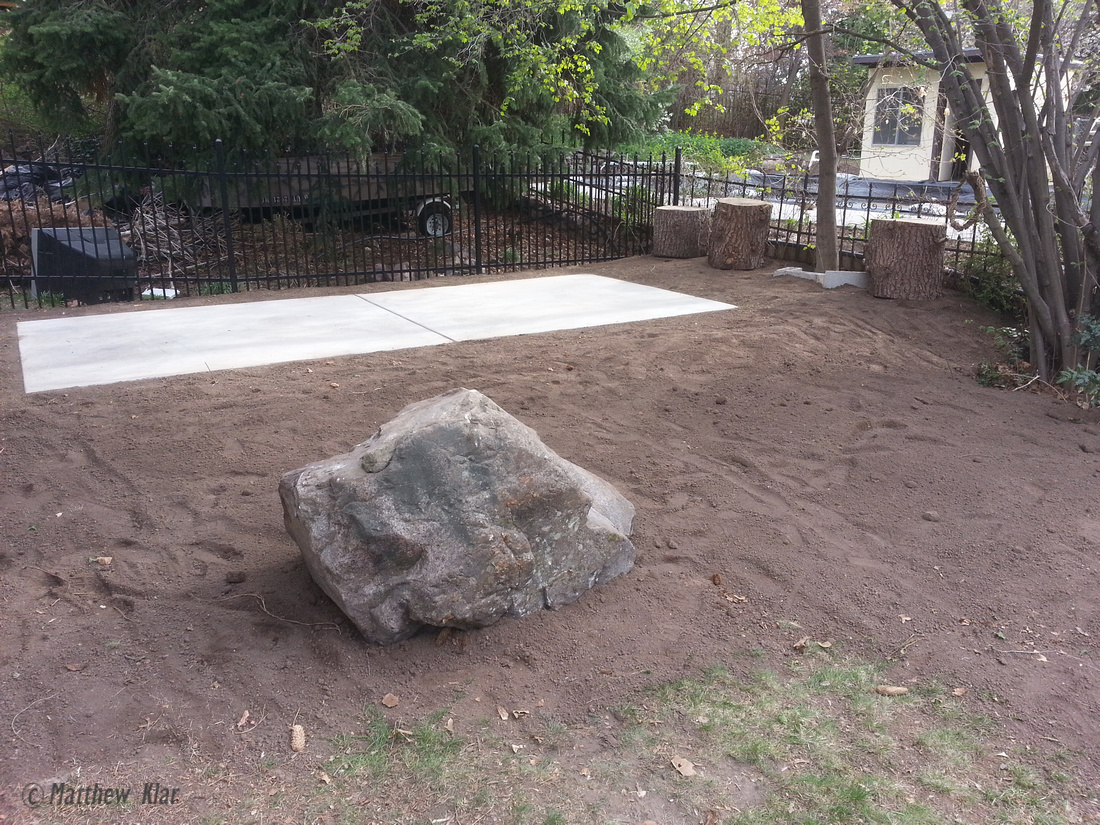 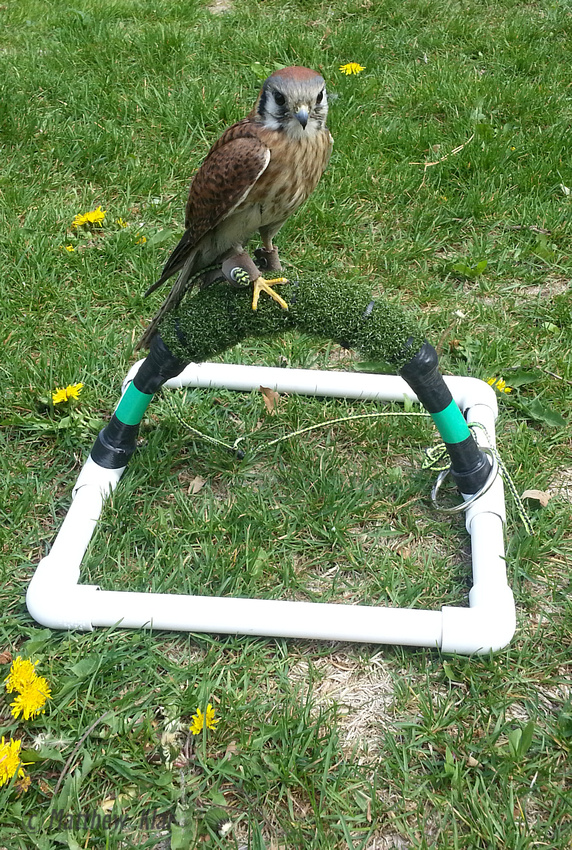 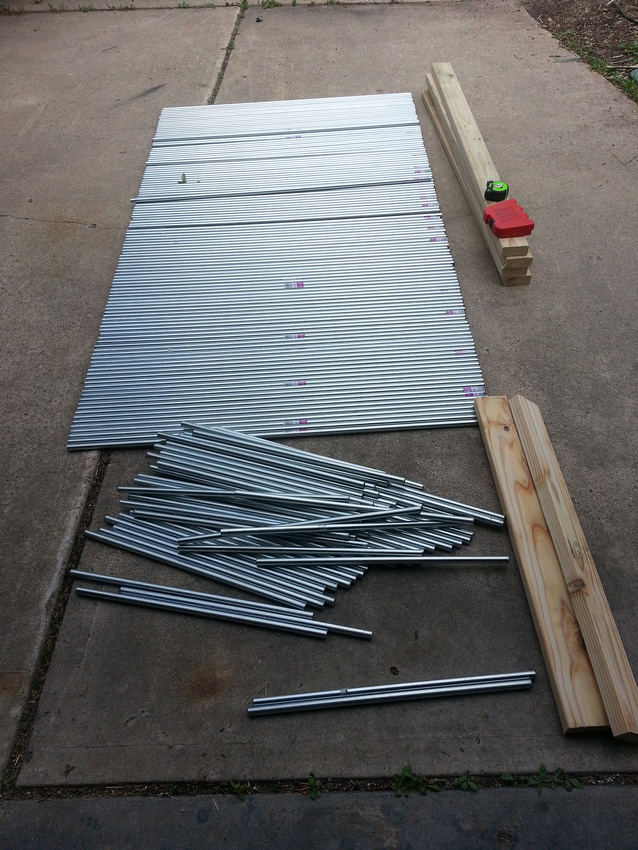 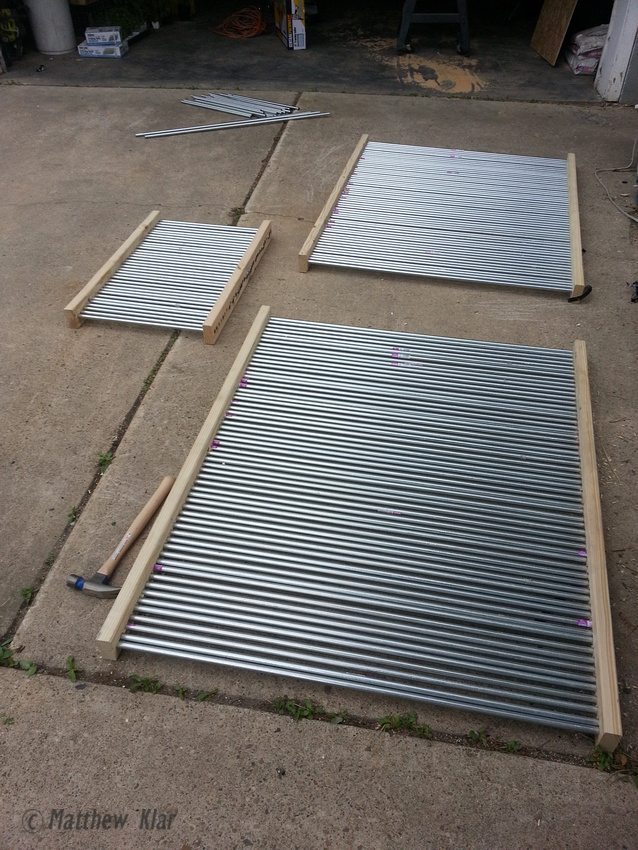 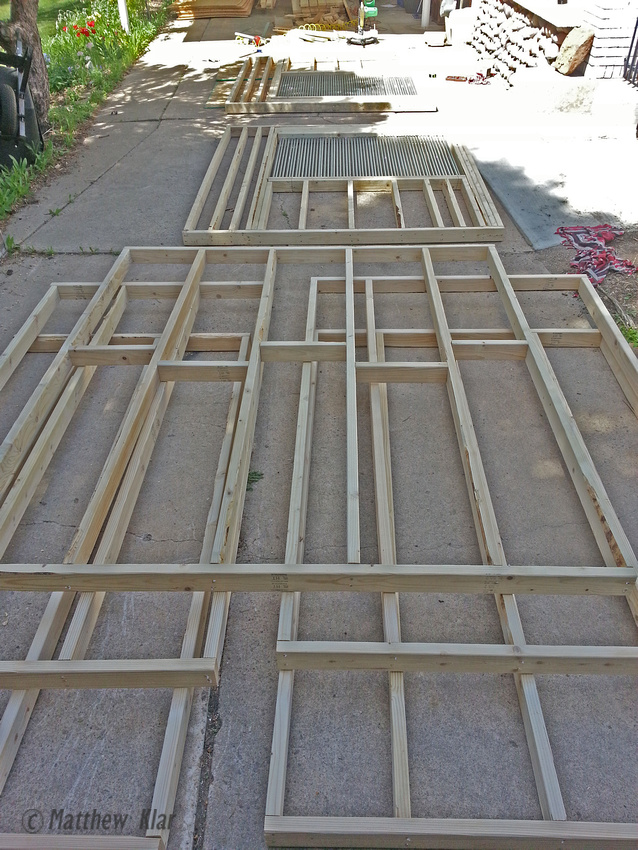 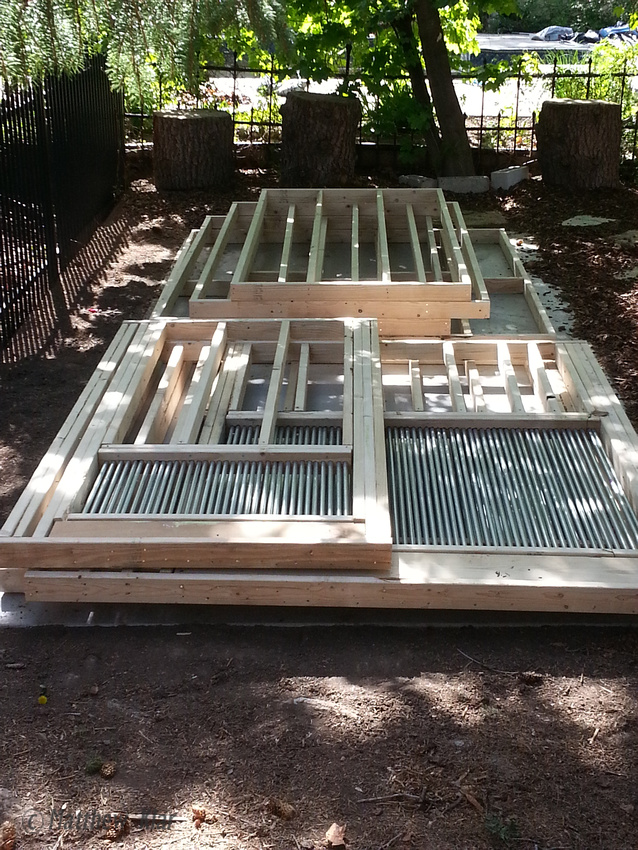 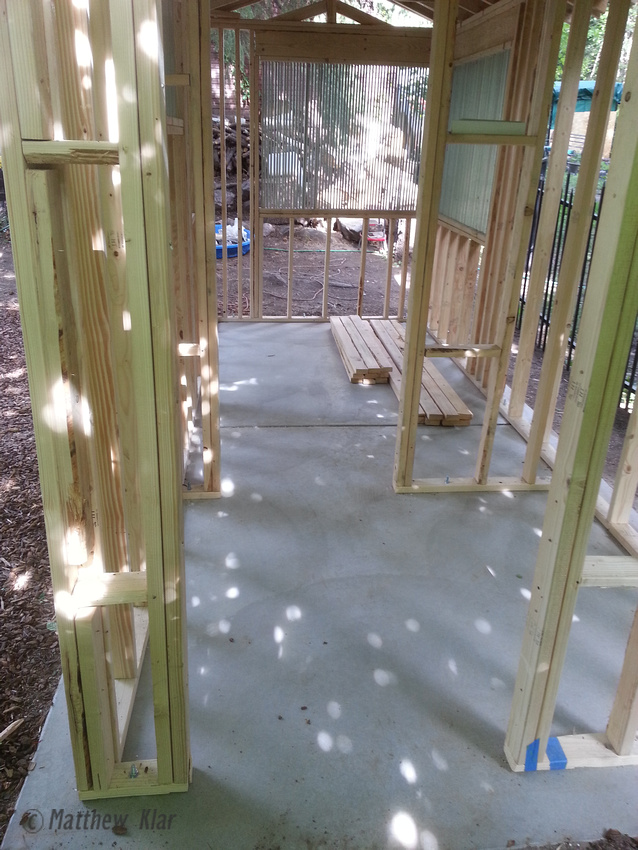 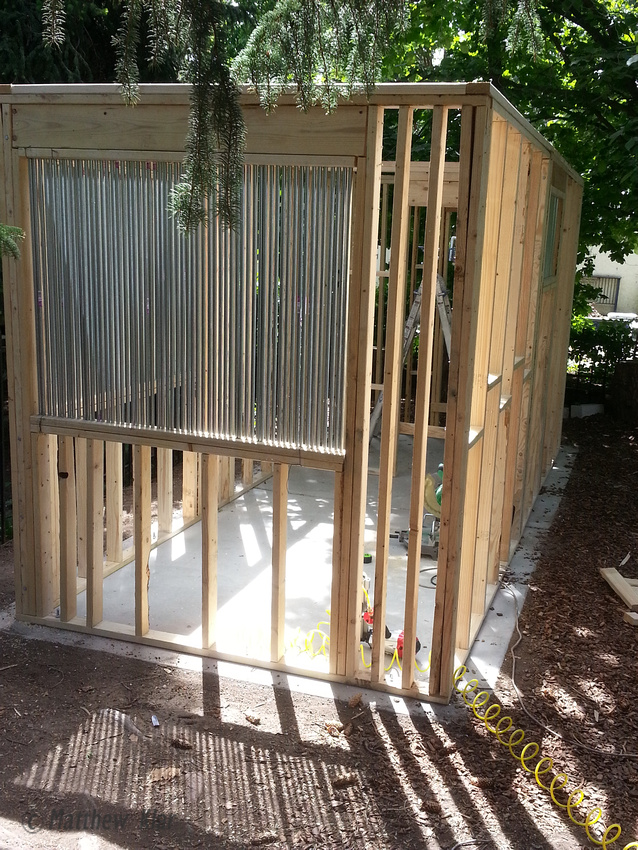 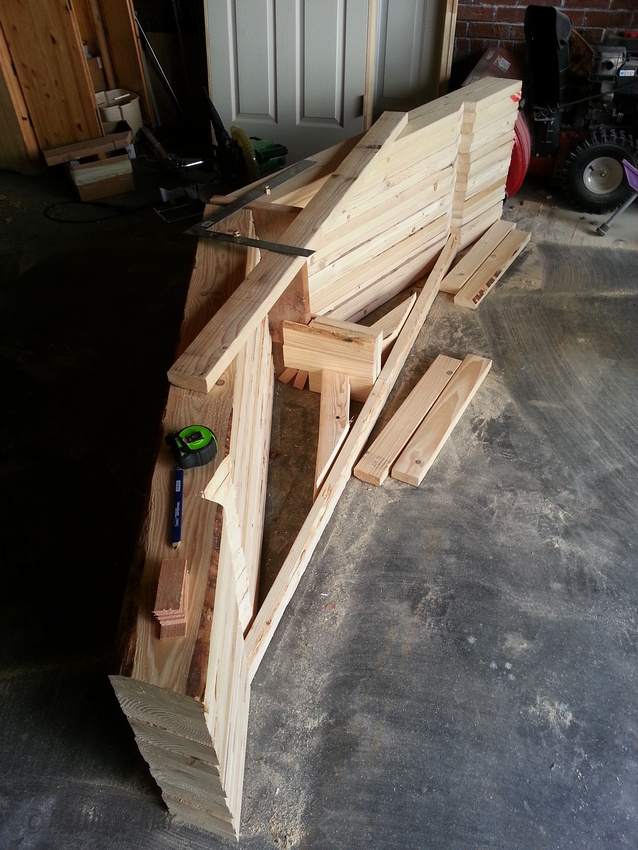 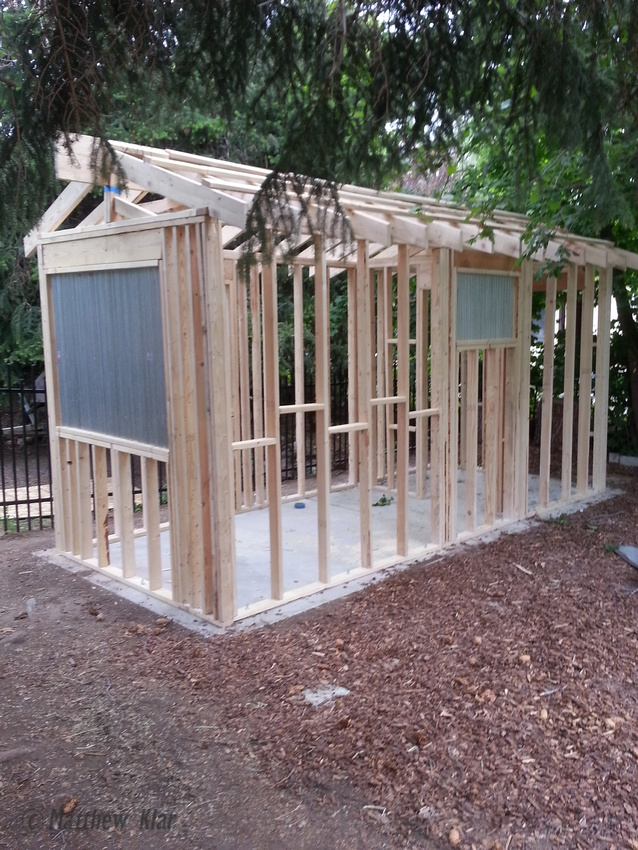 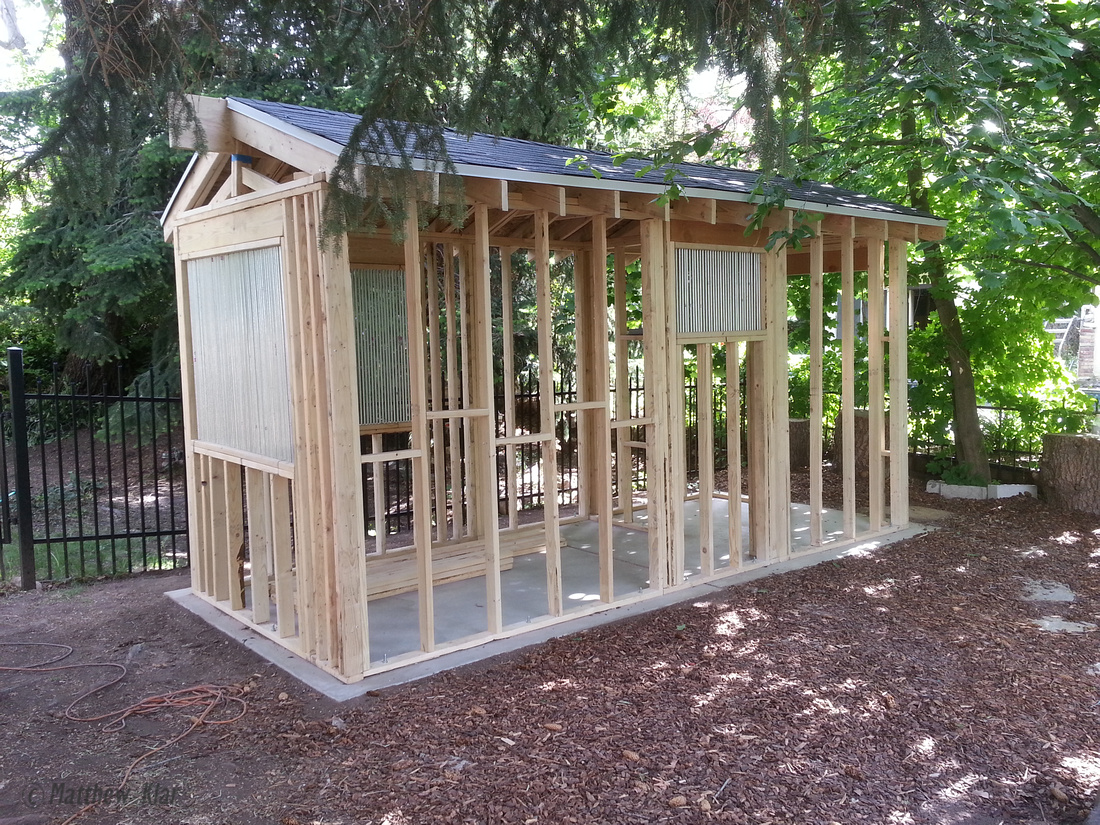 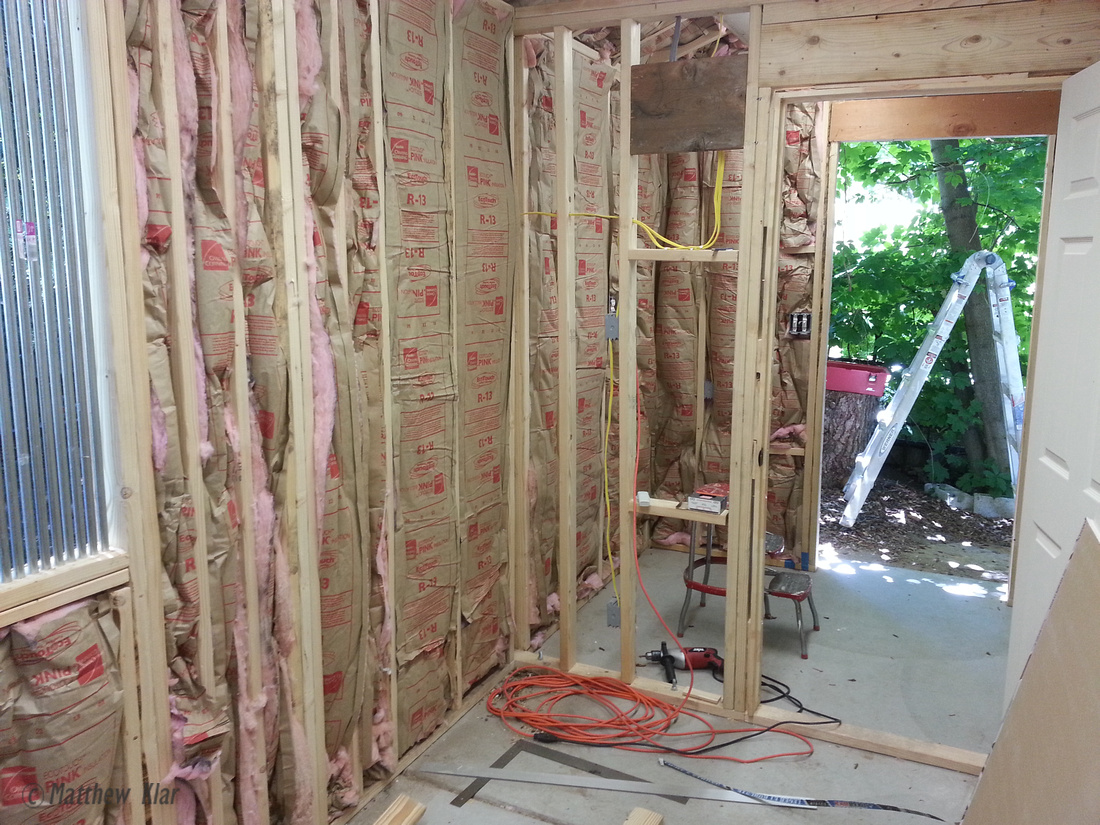 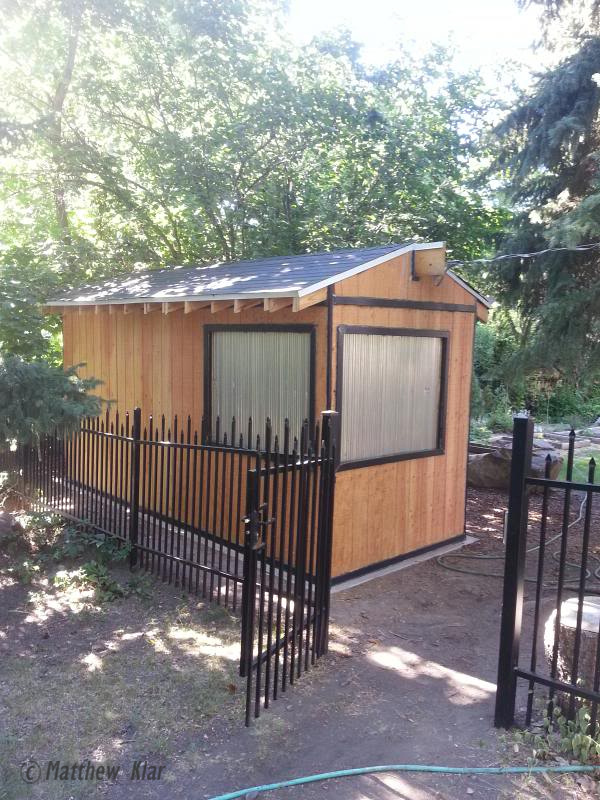 Note the smooth Coroplast walls and sand substrate (perches not positioned for use yet). 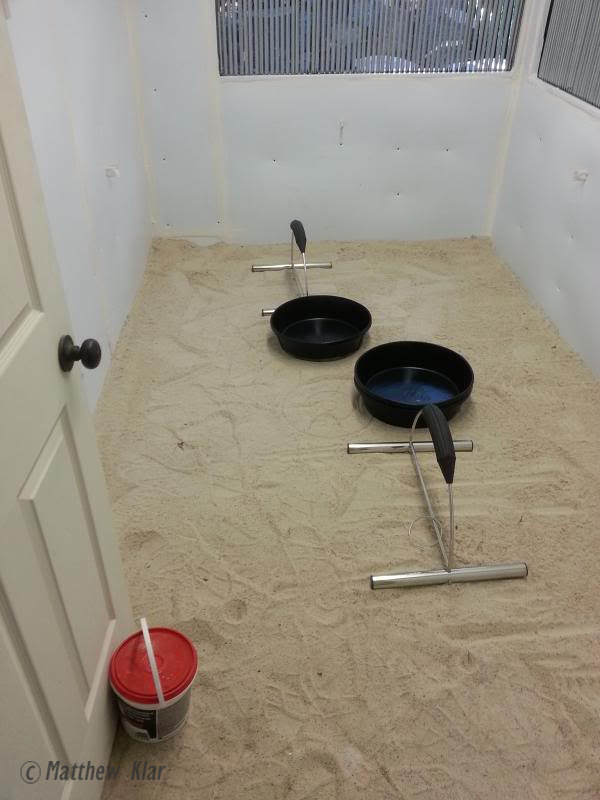 A double door entry and work room are strongly encouraged! 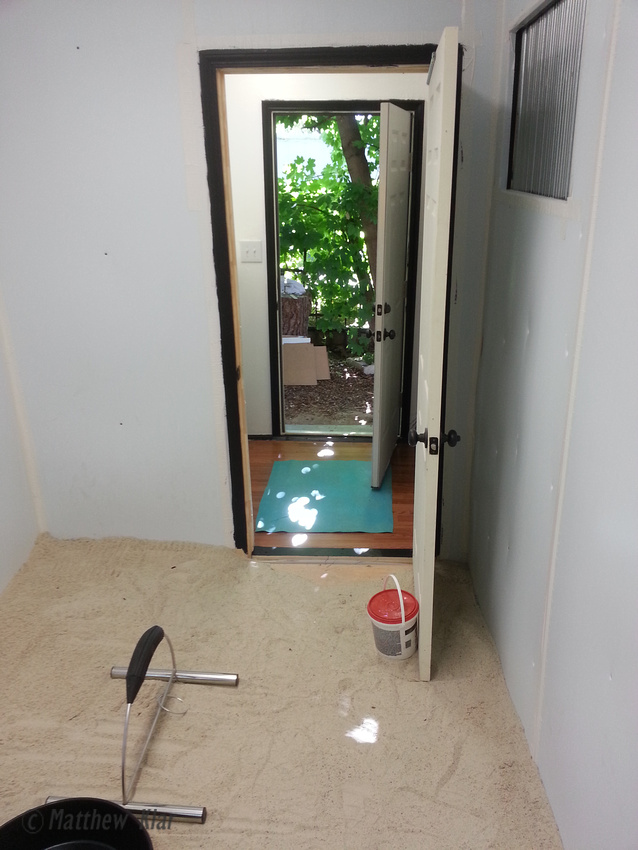 The parameters for an outdoor weathering yard are similar, but if you're going to do that you might as well build a flight chamber, right? 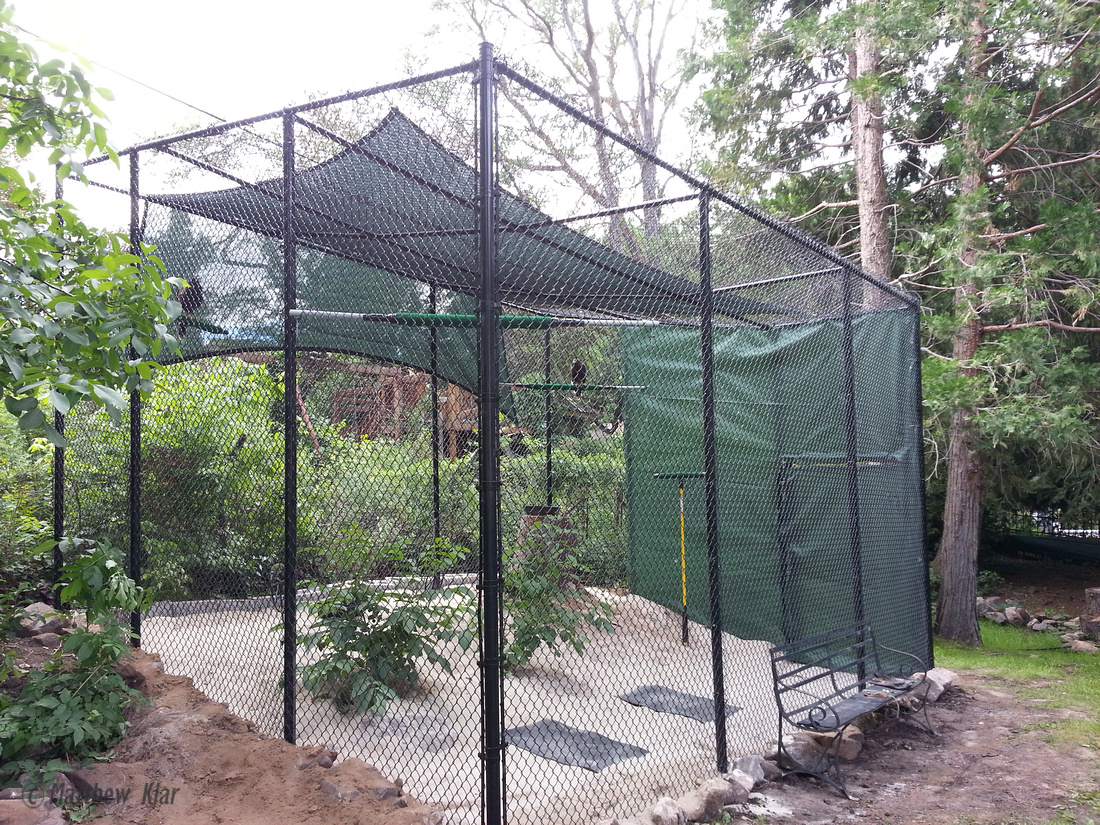 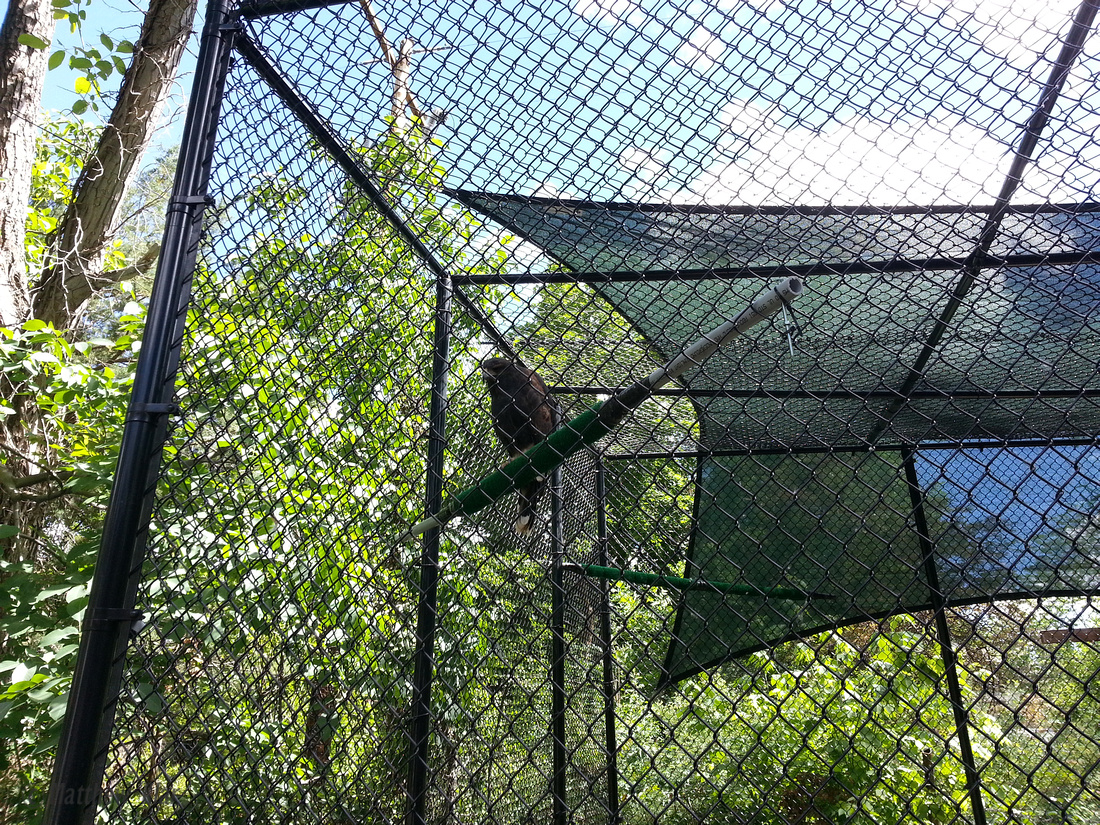 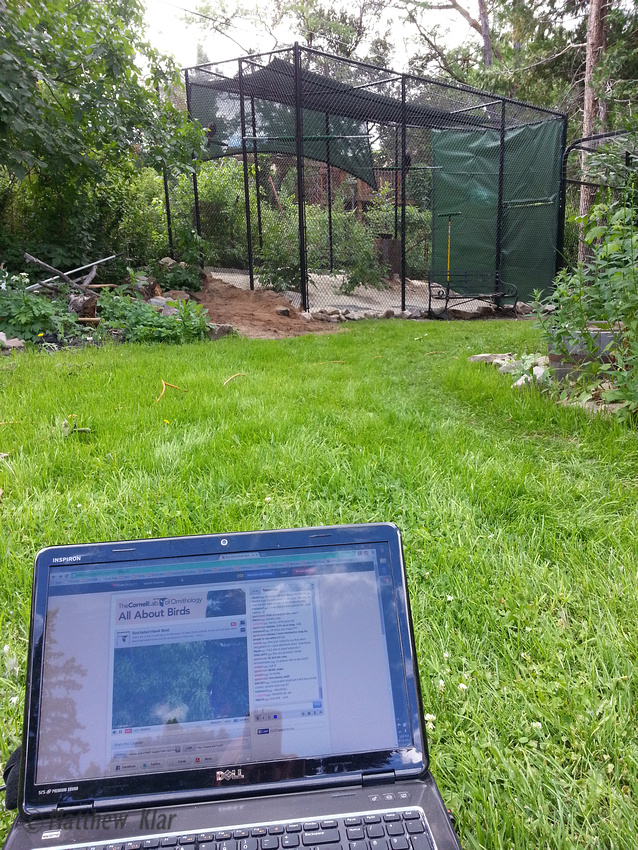 Anyhow, the HAHAs have been busy and we've had our first snow so they've had their heat turned on already this season... 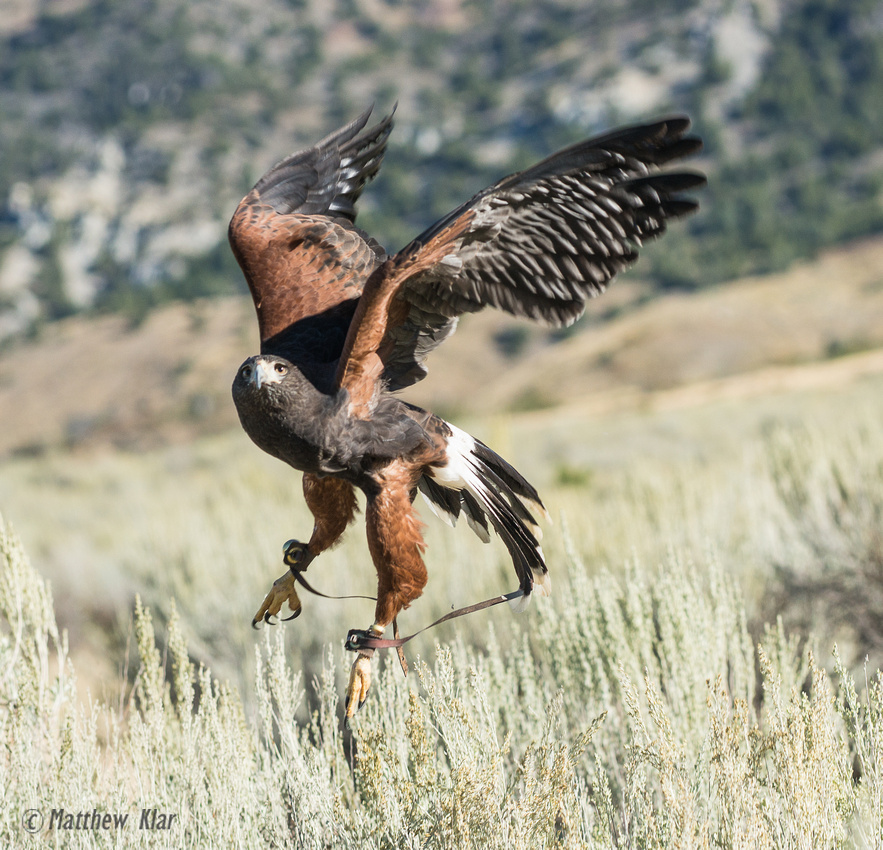 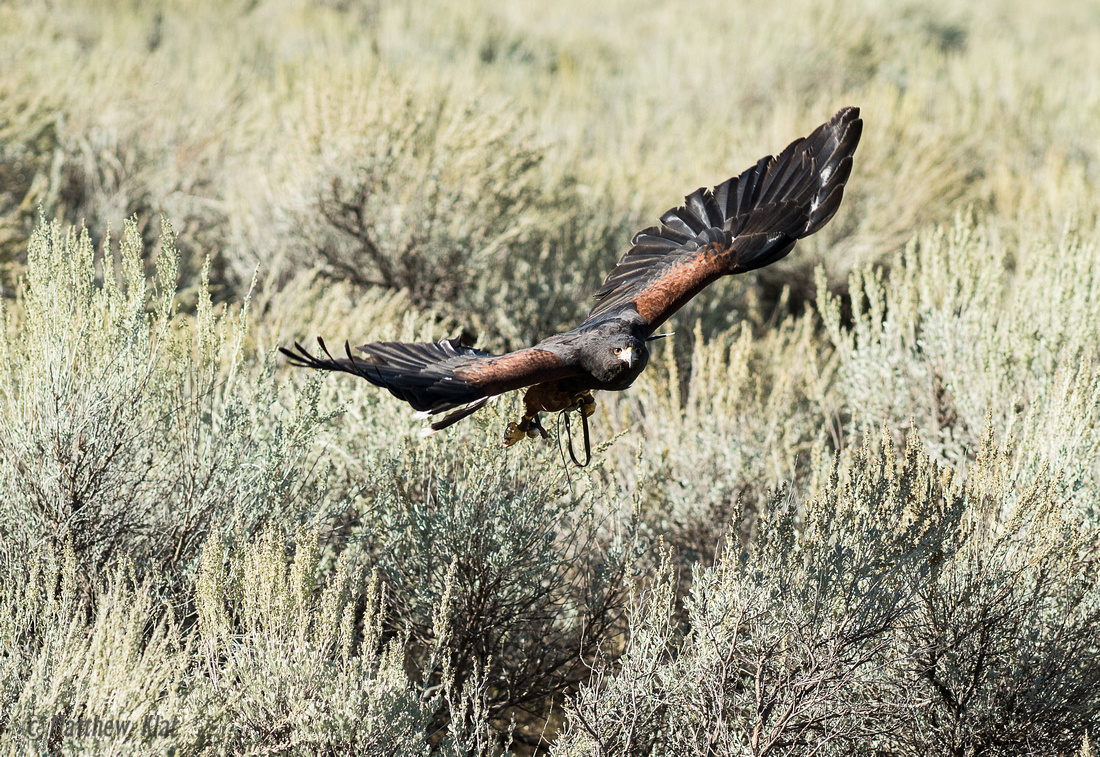 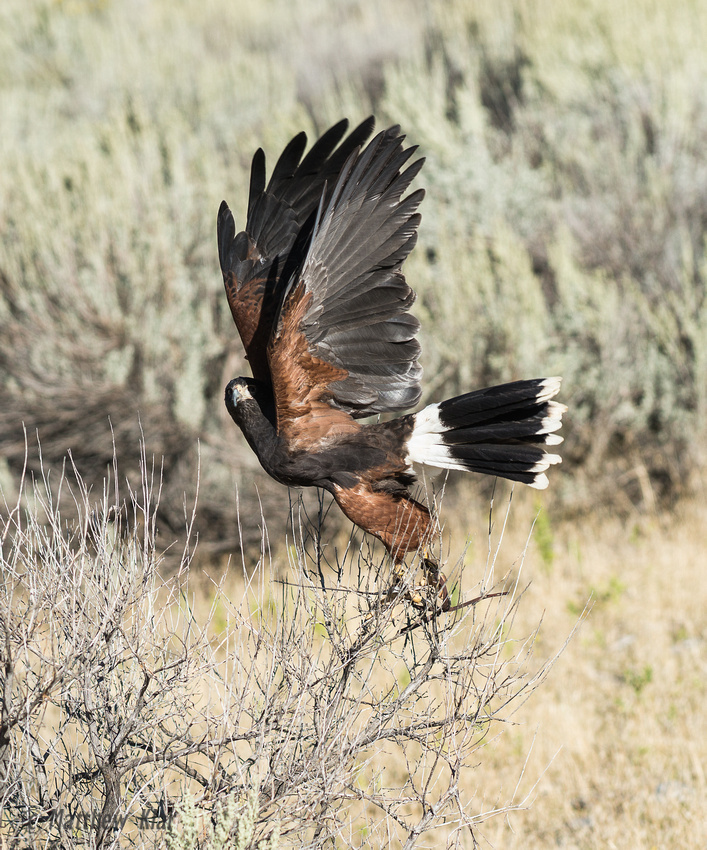 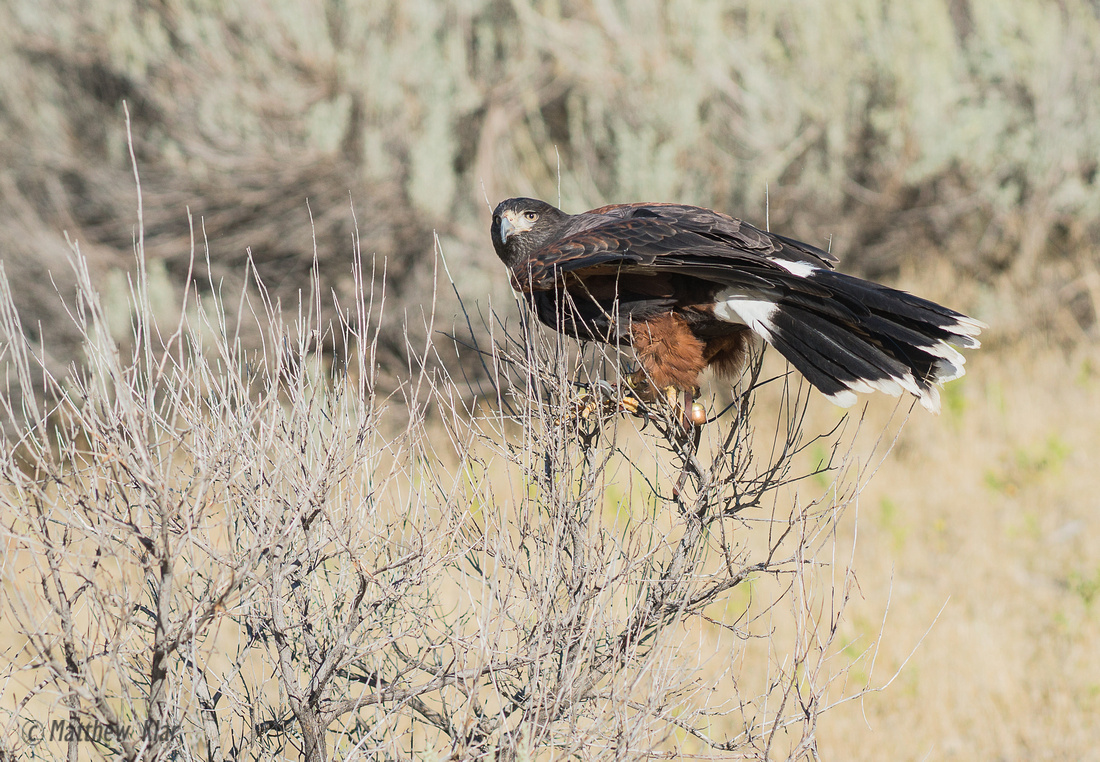 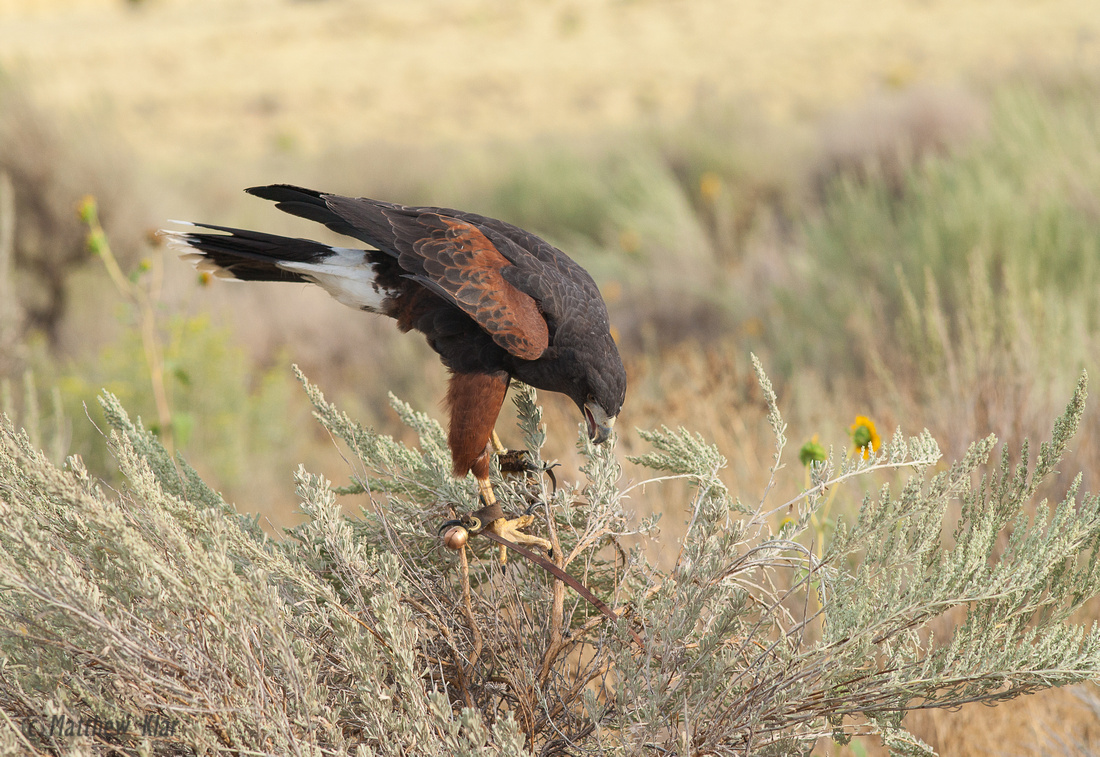 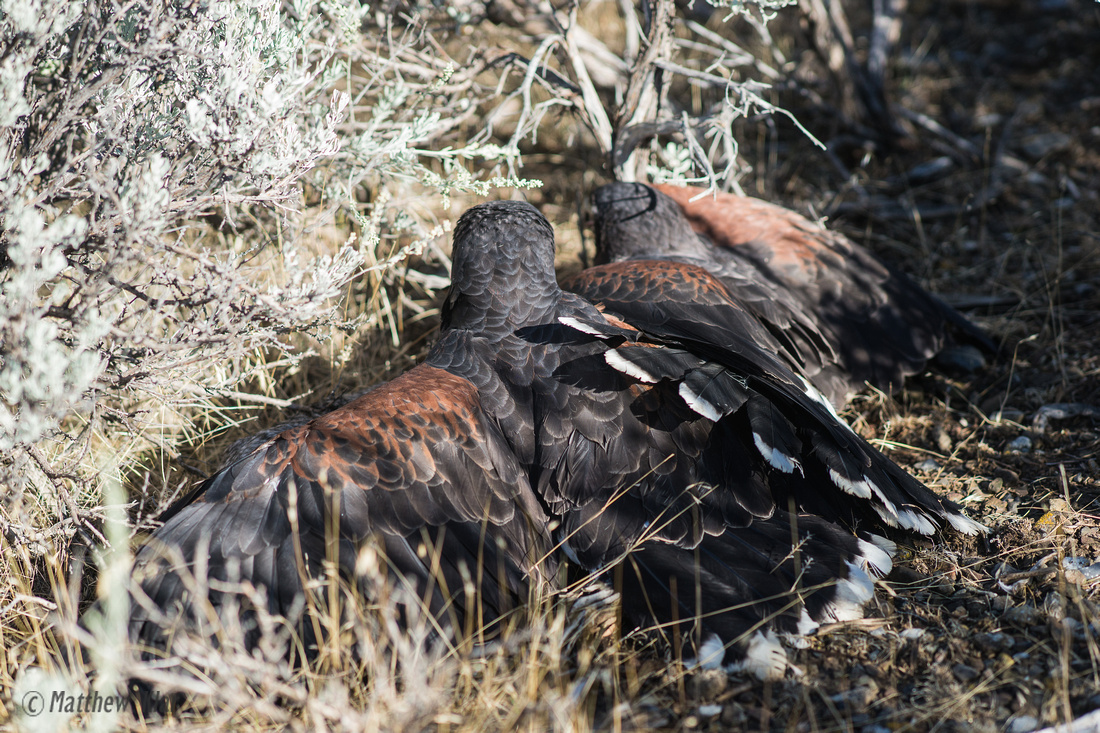 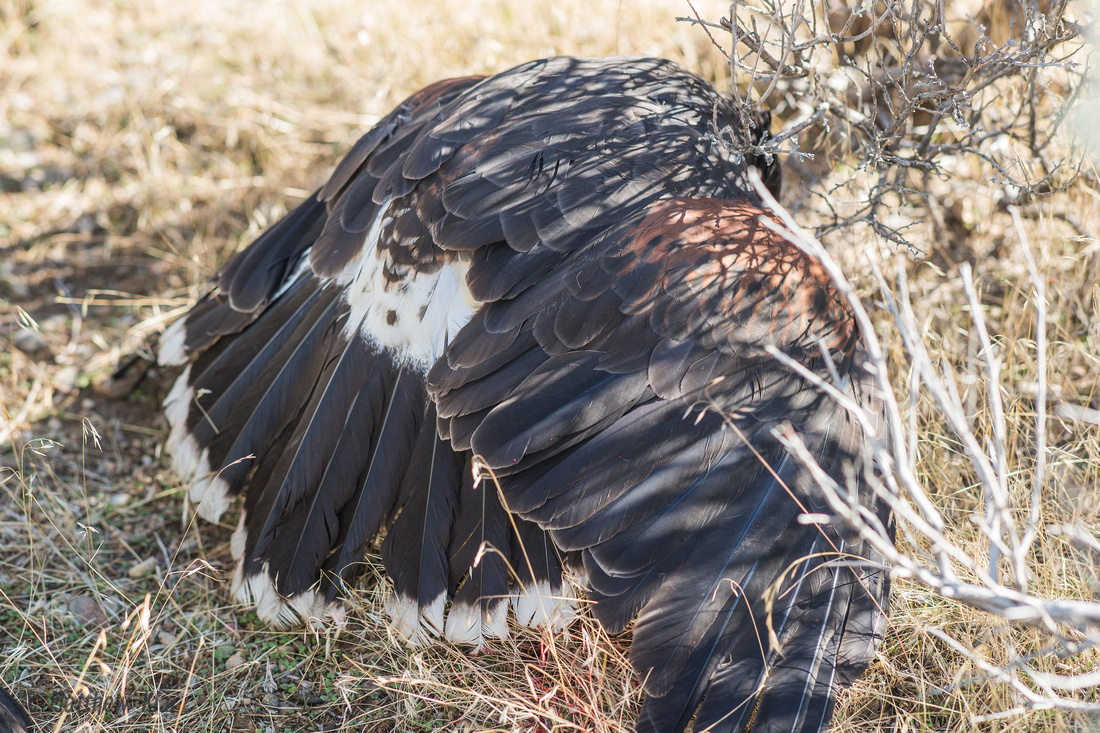