Falconry Friday! How did we get from there to here?

Our hawks are still a few weeks away from being ready to hunt so I thought I'd use this pre-season period to give everyone some background on what this falconry thing is all about. 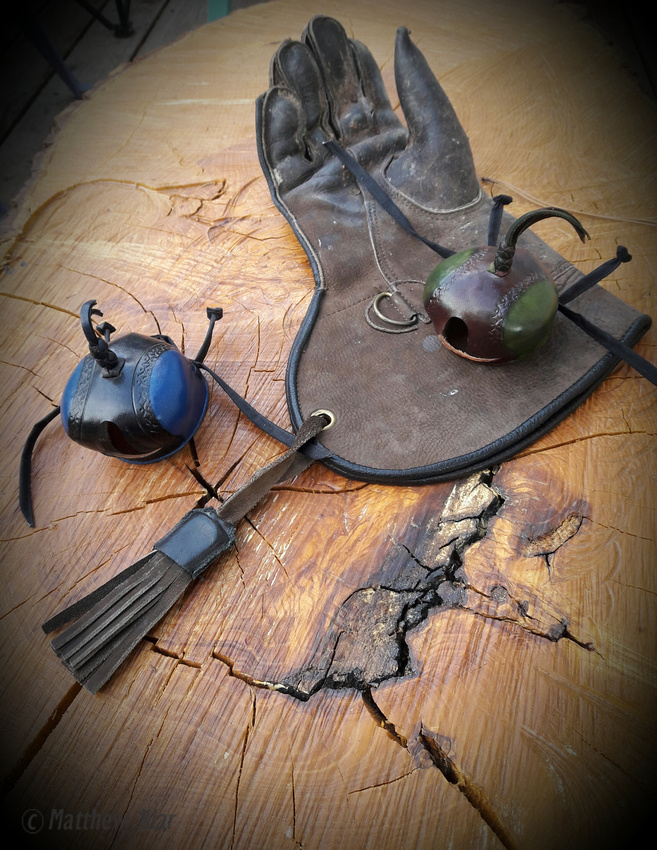 Falconry, defined as the use of trained raptors to hunt small game, is believed to have originated in Mongolia around 2,000 B.C. and to have subsequently migrated  across Europe and Asia via trade routes from the second to fourth centuries A.D.   By the fifth century A.D.,  equipment , terminology and training techniques were pretty much standardized across all of EurAsia, with only minor regional variations.  Indeed, with the exception of the use of radio telemetry & GPS tracking,  the equipment and terminology used in falconry has remained essentially unchanged for the past thousand years.

-----Fun sidebar: Here are ten common English terms that have their origin in Medieval falconry !--------

One of the earliest complete texts on falconry was published in 1250 A.D. by the Roman Emperor King Frederick II of Hohenstaufen.  Far more than a memoir, Frederick's  extensive analysis of avian anatomy, physiology, and ecology is considered to be the earliest known work to employ the critical thinking principles of what would become the core of the modern scientific method -- written over 750 years ago, this book is still in print and the majority of it's observations are still considered to be scientifically accurate today.

Bird Nerd Alert:  King Frederick has had such as lasting impact on falconry that he has his own official Falconer-Holiday - the 3rd Saturday in October is "King Frederick's Day".  Don't miss it!  :) 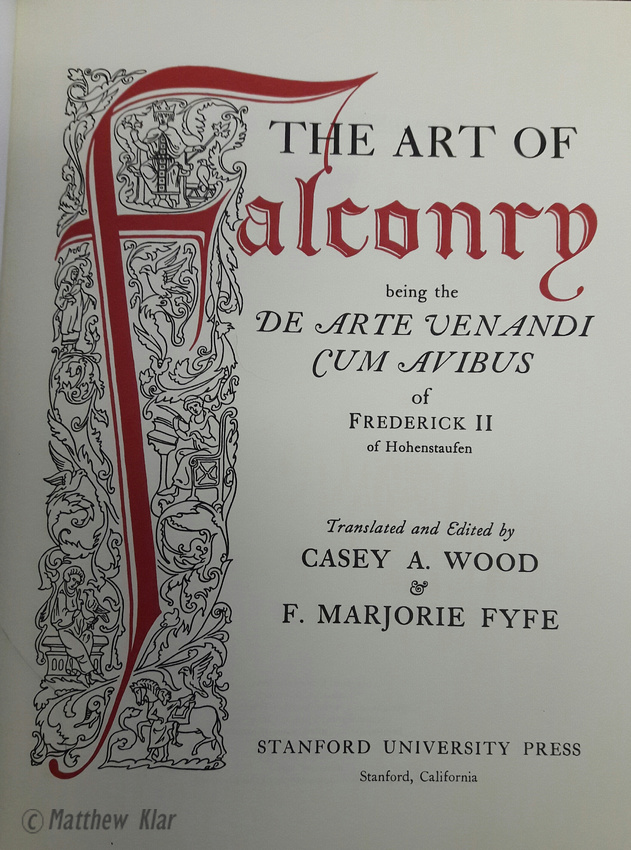 By the middle ages, falconry had truly become the "Sport of Kings" , especially in Europe  -- the 1450 publication Booke of Hawking After Prince Edwarde Kyng of Englande details the restrictions on keeping raptors by social rank:

the golden eagle, the Gyrfalcon and the Peregrine falcon were traditionally reserved for the Royal Family: 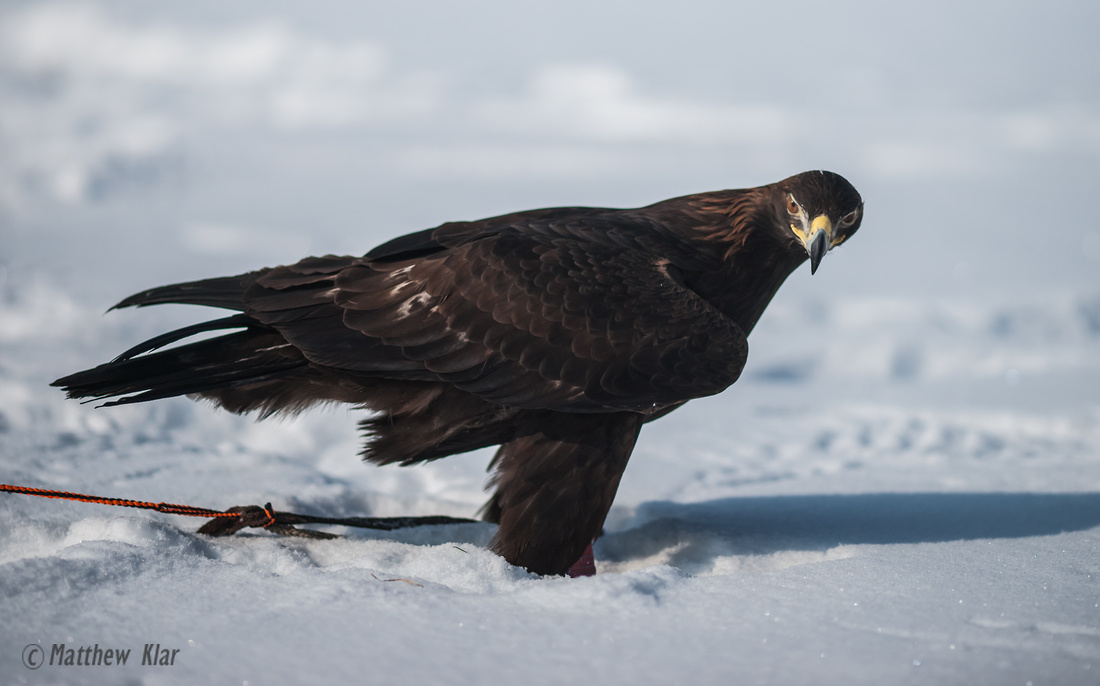 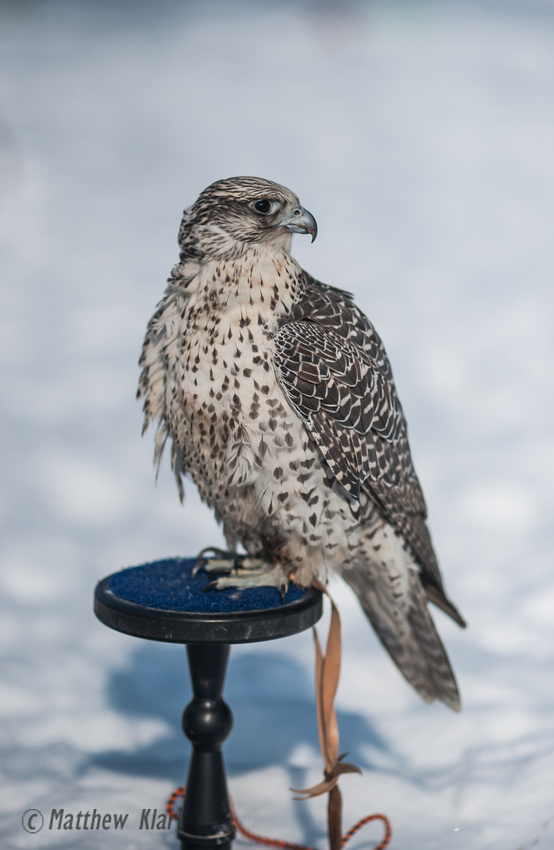 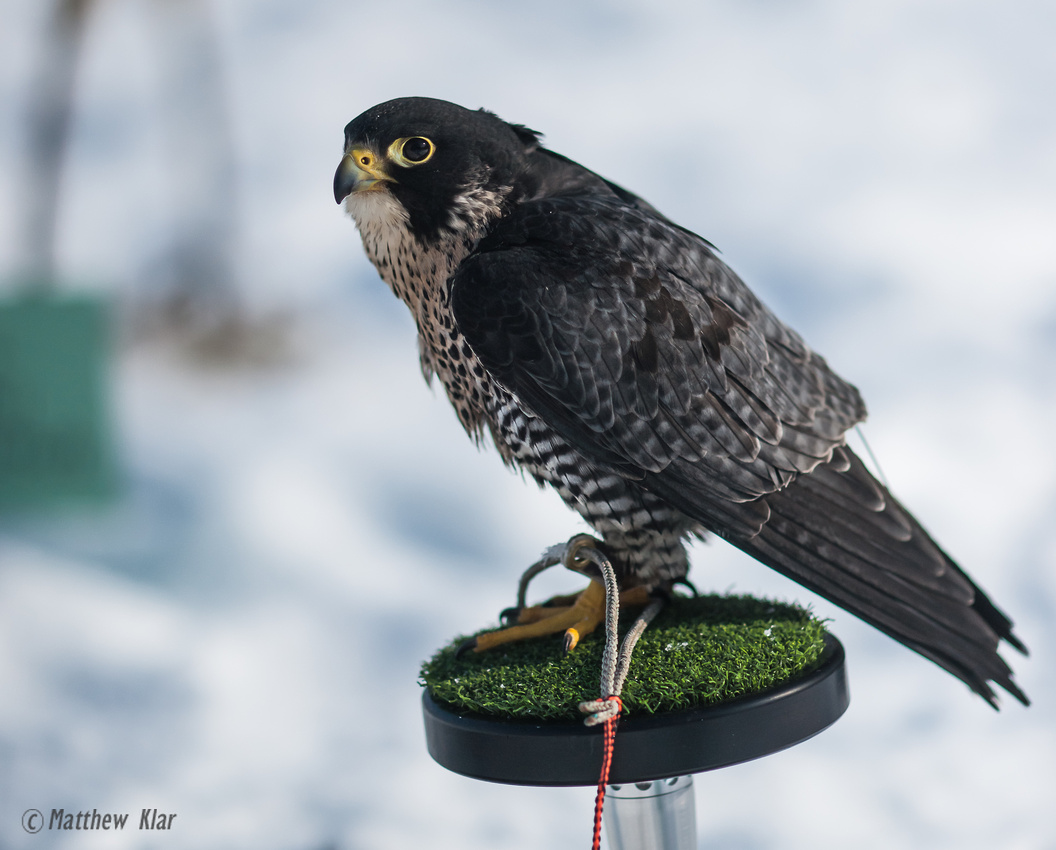 While the Goshawk, sparrowhawk (similar to the Sharpie shown below), and kestrel were the only raptors commoners could keep: 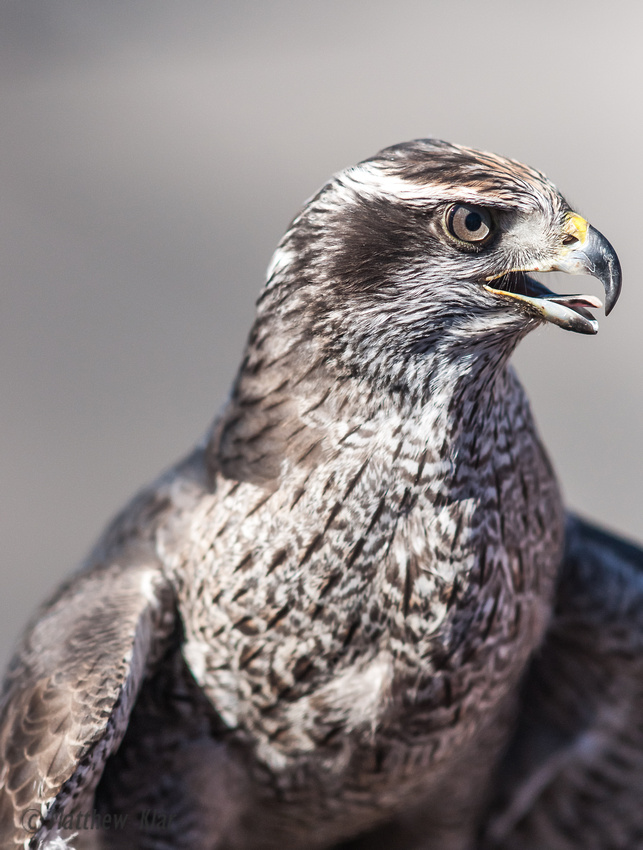 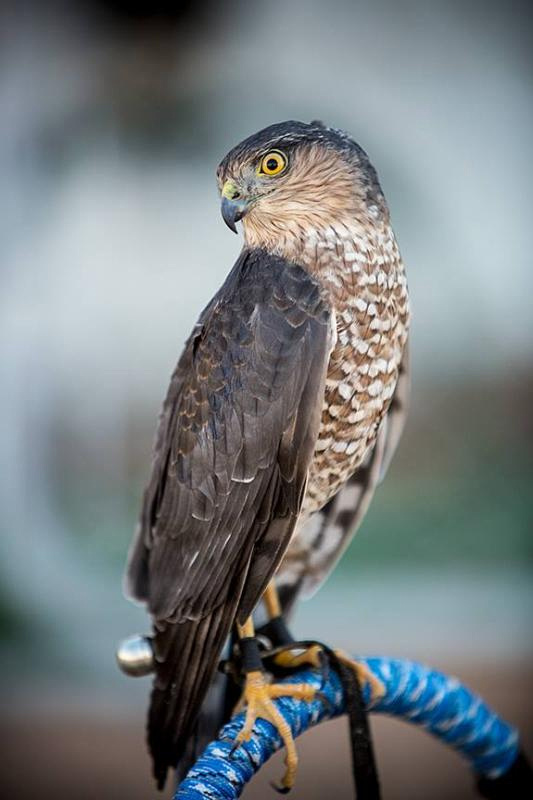 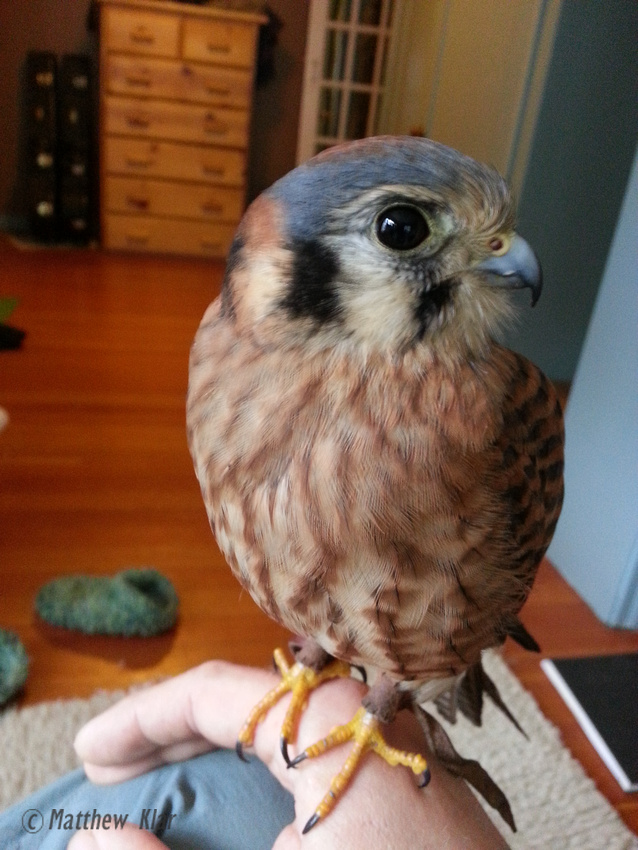 In North America, falconry wasn't actively regulated until the early 1970s, when the Peregrine was added to the Endangered Species List as a result of the widespread use of the pesticide DDT.  In response, a group of dedicated falconers started a non-profit organization called The Peregrine Fund to research and develop a captive breeding technique using artificial insemination -- both to help recover the Peregrine populations in the wild as well as provide a sustainable source of non-wild Peregrines for use in falconry.  The techniques they developed (google a video of this sometime, it's hysterically funny to watch!) were so successful the wild Peregrine population was officially listed as recovered across the US. less than 30 years later.

Headquartered in Boise, Idaho, the Peregrine Fund maintains the largest scientific library on avian biology in the world and is currently working to recover the California Condor, the Andean Condor, and the Aplomado falcon.   Captive breeding programs, based on the techniques developed by the Peregrine Fund, are the source for the majority of raptors used in falconry today. 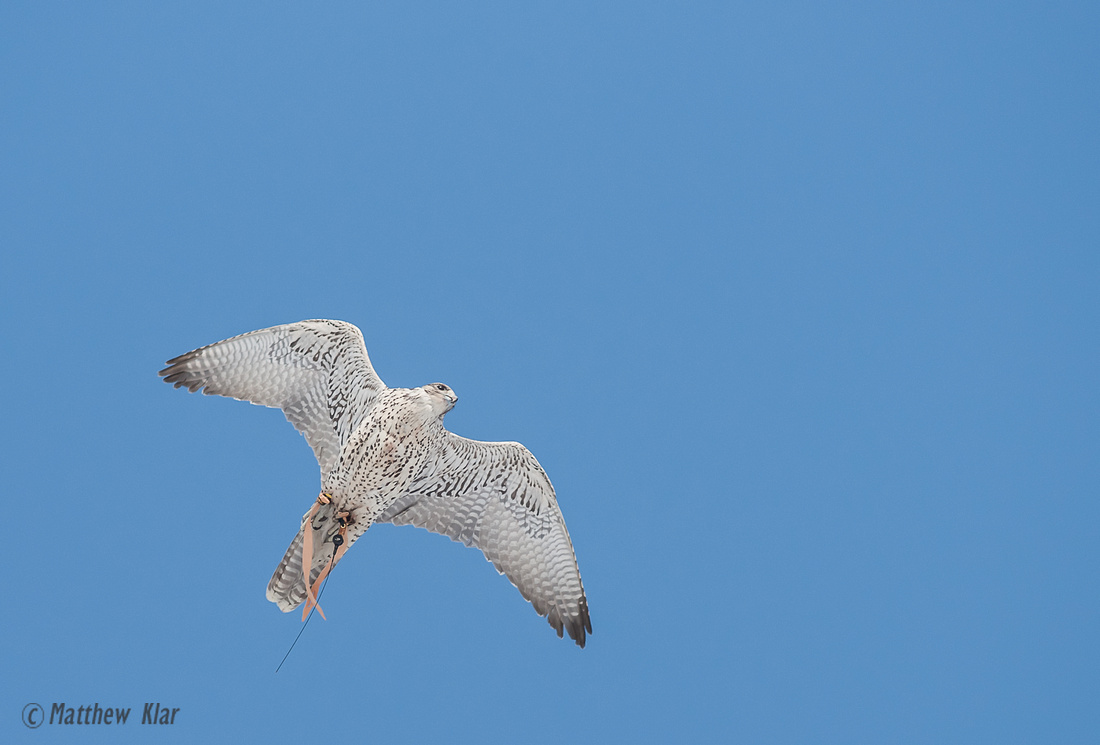 Around the same time these falconers were working with the U.S. Fish & Wildlife Service on wild Peregrine recovery, they were also working with the Service to create a modern, rigorous Federal falconry statute that ensures both the safety and well-being of individual falconry birds as well as preserving  wild raptor populations across the U.S.  In 2007 the Federal government turned over day-to-day falconry regulation to the states, provided the state regulation was at least as rigorous as the Federal statute.  Currently Hawaii is the only state that does not have an approved falconry program.

Bringing us full circle, at the urging of a committee led by the United Arab Emirates, the United Nation's cultural arm (Unesco) designated the practice of falconry as an activity integral to our common human heritage in 2010.

There!     Four thousand years of history in 4 minutes!  We'll get to the nuts & bolts of those falconry regulations later, but for now here's a teaser for the upcoming season: